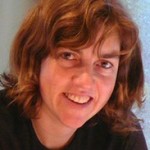 Sandra McLaren is a Lecturer and Research Fellow with interests in a wide range of earth science fields. She obtained her PhD in geology from the University of Adelaide in 2001 and has held postdoctoral positions at the Australian National University in Canberra and The University of Melbourne. Sandra is motivated by the importance of Earth Sciences in understanding problems of global resource sustainability and contemporary political, economic and social issues. SandraÕs most notable scientific contributions, on AustraliaÕs heat producing element enrichment, have direct implications for debate on societyÕs energy future. This work has resulted in the development of a new conceptual framework for understanding the long-term evolution of the continents and provides impetus for development and debate on growing geothermal as well as nuclear energy industries. Most recently, Sandra has been working on a project concerned with the last six million year record of evolution in the Murray Basin in southern Australia. This research relates to contemporary issues of climate change and environmental sustainability, issues to which geoscientists are well placed to contribute. Sandra is also heavily involved with the undergraduate teaching program at Melbourne and has made several contributions to the popular science media. She enjoys participating in school based outreach activities.