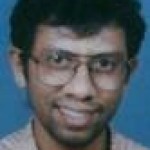 Rajesh Gopakumar is a theoretical physicist working on String Theory and Quantum field Theory. He graduated from the Indian Institute of Technology, Kanpur, and went on to do his Ph.d. at Princeton University. After a postdoctoral stint at Harvard University he joined HRI where he is now Professor. He also held a membership at the Institute for Advanced Study, Princeton from 2001-04.He has been primarily interested in understanding better the relation between string theories and quantum field theories.His work on this relation in the context of topological string theory has also had an impact in mathematics in what are now known as the Gopakumar-Vafa invariants. He is the recipient of the ICTP Prize, the S. S. Bhatnagar Award and is also a member of the Indian National Science Academy and the Indian Academy of Sciences.