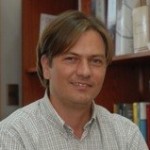 I graduated as a Mathematical Engineer from Universidad de Chile in 1999 and obtained a PhD in Operations Research from MIT in 2004. After graduation, I was a postdoctoral associate at the Computer Science Department at Universidad de Chile, and later an assistant professor at the School of Business at Universidad Adolfo Ib‡–ez. Since 2008, I am with the faculty at Universidad de Chile where I teach and conduct research in operations research. My research, focusing in combinatorial optimization and network economics, has been rewarded with the TSL best paper award in 2002 and Tucker prize finalist in 2006. I have given invited talks at several institutions, and have been in the program committee of international computer science conferences, including the Latin American Theoretical Informatics conference (LATIN), the workshop on Approximation and Online Algorithms (WAOA), and the workshop on Internet and Networks Economics (WINE). I also serve as associate editor of one of the leading journals of my field: Operations Research. At the early stage of my career I was mostly concerned with the design of efficient algorithms with provable approximation guarantees for computationally intractable problems arising in production planning and scheduling. In recent times, I have been mostly interested in studying large scale decentralized systems, in which ÒselfishÓ agents interact with no central coordination. In particular I have been trying to quantify the efficiency loss due to this selfish behavior and to design mechanisms (normative) that will eventually lead this type of massive uncoordinated systems toward socially better situations.