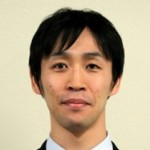 Yoshihiro Tanaka skipped from the undergraduate school to the graduate school, and received the M.S. and Ph.D. degrees from Tohoku University, Sendai, Japan, in 2003, and 2006, respectively, all in engineering. In 2006, he was a Research Associate at Nagoya Institute of Technology, Nagoya, Japan. He is currently an Assistant Professor at Nagoya Institute of Technology. His disciplines are robotics and mechatronics. His current research interests include tactile sensor, tactile display, human-machine interface, tactile design, and human tactile perception. Tactile is a frontier science. It is hoped to apply tactile technologies into industrial and medical fields. And tactile is interdisciplinary science. It requires physiology, psychology, neuroscience, brain science, information science, and so on. Now, Prof. Tanaka has collaborated with scientists with different disciplines and product companies.Prof. Tanaka is a member of the IEEE, the Robotics Society of Japan, the Japan Society of Mechanical Engineers, and the Society of Instrument and Control Engineers (Japan).He was the recipient of System Integration Award for Outstanding Presentation from SI division of the SICE in 2009, JSME Medal for Outstanding Paper in 2008, and JSPS Research Fellowship for Young Scientists in 2006. He is a member of Science Council of Japan in 2010.