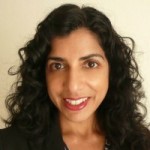 University of California at Davis

Raissa D'Souza is an Associate Professor of Mechanical Engineering and of Computer Science at the University of California at Davis, as well as an External Professor at the Santa Fe Institute. Her research focuses on mathematical models of self-organization, phase transitions and the structure and function of networked systems. Her current interest is developing methods to enhance or delay the onset of phase transitions in random graphs as well as using random graphs to model statistical properties of interacting networks, such as congruence between social networks and technical artifacts in Open Source Software, the interplay of genetic-regulatory and protein-interaction networks in biological systems, and diffusion of ideas and viruses through distinct communities. Raissa received a PhD in Statistical Physics from MIT in 1999, was a Postdoc at Bell Labs and then a Postdoc in the Theory Group at Microsoft Research. Her research and publications span the fields of statistical physics, theoretical computer science and applied math.