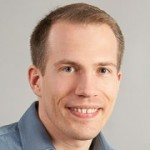 Philip Walther is Assistant Professor at the Faculty of Physics at the University of Vienna, Austria. He received the MSc degree in Chemistry from Vienna University of Technology, Austria and the PhD degree in Physics from the University of Vienna, Austria. From 2005-2008 he worked as a postdoctoral researcher in Physics at the Harvard University, USA. In 2007 he became member of the German Young Academy at the Berlin-Brandenburg Academy of Sciences and the German Academy of Natural Scientists Leopoldina and in 2008 he returned to Vienna. His research covers the experimental investigation of fundamental principles in quantum physics and to realize quantum-enhanced applications such as quantum communication, quantum computation and quantum metrology using quantum states of light.