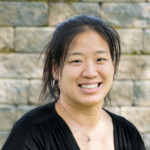 Jenny Yang was born and raised in the United States of America. She attended the University of California, Berkeley, and earned her B.S. in Chemistry in 2001. She completed her Ph.D. in Inorganic Chemistry at the Massachusetts Institute of Technology with Professor Daniel G. Nocera in 2007 followed by a postdoctoral appointment at the Pacific Northwest National Laboratory (PNNL) with Dr. Daniel L. DuBois. In 2009 she was hired as a senior staff scientist in the Center for Molecular Electrocatalysis at PNNL. In 2011 she moved as research scientist in the Molecular Catalysis group at the Joint Center for Artificial Photosynthesis at the California Institute of

Technology. She began her appointment as an Assistant Professor of Chemistry at the University of California, Irvine in the summer of 2013. Her research interests include the discovery and study of inorganic electrocatalysts for the generation and utilization of chemical fuels. Prior research has included oxygen activation, hydrogen production and oxidation, and carbon dioxide reduction. These studies have primarily focused on the effect of secondary coordination sphere interactions and the effect of thermochemical properties on catalytic activity.