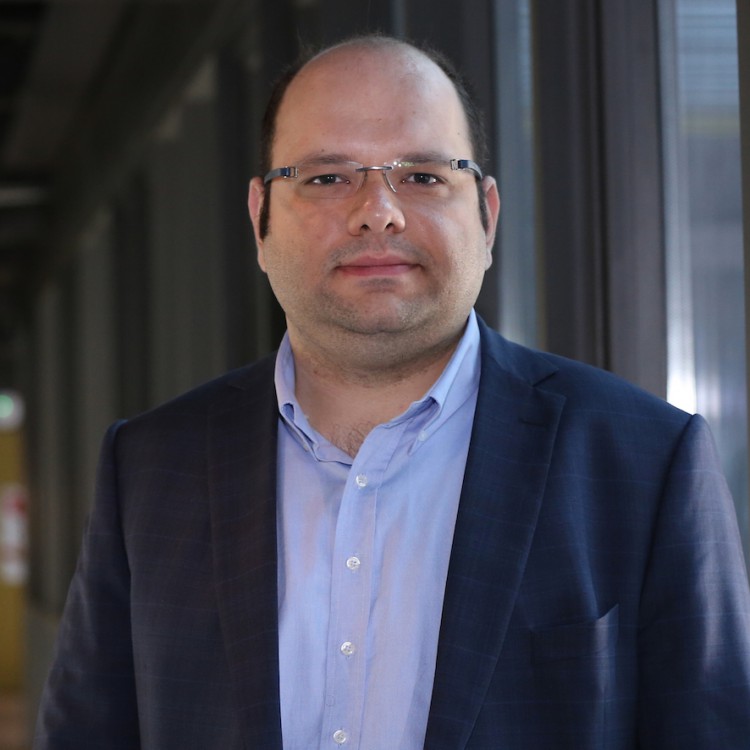 Dr. Evren Mutlugün received the B.Sc degree in Physics from Middle East Technical University in 2005. He got his M.Sc. and Ph.D. degrees, both from Bilkent University Physics Department in 2007 and 2012 respectively. Prior to joining Abdullah Gül University as a faculty of Electrical-Electronics Engineering in 2014, he worked as a National Research Foundation Competitive Research Programme (NRF-CRP) research fellow at Nanyang Technological University, Singapore between 2012 and 2014. His research focuses on the colloidal quantum dot based exciton-harvesting systems for novel optoelectronic applications such as inorganic-organic light emitting diodes and solar cells to seek solutions for the sustainable energy. As of 2016, he is the principal investigator for his two active projects funded by The Scientific and Technological Research Council of Turkey (TUBITAK). He is the recipient of the 2010 SPIE Graduate Scholarship Award, 2014 BAGEP Science Academy Young Scientist Award (Turkey), FABED 2014 Outstanding Young Scientist Award (Turkey) and has co-authored numerous conference papers and more than 35 SCI journals including high rank journals in the field such as Nano Letters, Advanced Materials, Nano Today, ACS Nano, Nanoscale, and Small. Putting an emphasis on the commercialization of the scientific research, he is the founder of his spin-off company focused on nano materials engineering.