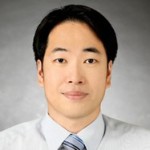 Bumjoon Kim is an associate professor in the department of Chemical and Biomolecular Engineering at KAIST. He studied Chemical Engineering at the Seoul National University, Korea (2000) and completed his doctorate in 2006 under the guidance of Prof. Edward Kramer at the University of California, Santa Barbara. He then worked as postdoctoral researcher with Prof. Jean Fréchet at the University of California, Berkeley. Prof. Bumjoon Kim has pioneered on the development of novel polymer-based hybrid materials and their use in polymer electronics (polymer solar cells and LEDs) and other applications, such as sensors and surfactants for the fabrication of novel polymeric materials. Prof. Kim’s major contributions to the field have extended the fundamental understanding of the interaction between polymers and other nanomaterials in polymer-based hybrid applications. He has published in more than high impact 70 SCI journals and he was appointed as Ewon assistant professor at KAIST with special research grant (2010). Prof. Kim won the Wiley-Polymer Society of Korea Young Scientist Award (2011) and Asian Rising Star Award from Asian Chemical Congress (2013). Recently, he was selected as a 2013 Young Scientist by the World Economic Forum in recognition of his selection as one of the most distinguished science leaders under the age of 40 in the world. He has presented his work in more than 50 invited talks over the last 3 years, including presentations at the American Physical Society Meeting, Pacific Chem 2010, IUPAC-Macro 2012, the Asian Chemical Congress, and the Materials Research Society Meeting.