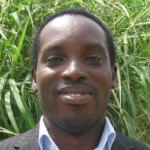 "The effect of extracts of medicinal plants on mitochondrial respiration and reactive oxygen species production"The search for natural mitochondrial uncouplers has become a big challenge to biochemists and pharmacologists. The main function of mitochondria is ATP synthesis by a process called oxidative phosphorylation. During this process, electrons from reduced substrates are passed from complexes I and II of the electron transport chain through complexes III and IV to oxygen, forming water and causing protons to be pumped across the mitochondrial inner membrane. The proton motive force set up by proton pumping drives protons back through the ATP synthetase forming ATP from ADP and inorganic phosphate.Two major side reactions are associated with this process: (1) electrons leaking from respiratory chain and reacting with oxygen inappropriately to form superoxide (mitochondrial superoxide production) and (2) protons leaking back across the inner membrane, diverting the conserved energy away from ATP synthesis into heat (mitochondrial uncoupling).Mitochondrial superoxide production is a major cause of cellular oxidative damage that is believed to underlie many pathological conditions, including atherosclerosis, hypertension, ischemia-reperfusion, inflammation, cystic fibrosis, cancer, diabetes, Parkinson's disease, and Alzheimer's disease. Also, the progressive decline in cellular function with age is believed to result from accumulation of damage to cellular constituents. Mitochondrial superoxide production decreases with mitochondrial uncoupling and increases in presence of mitochondria inhibitors. Uncoupling of mitochondria either physiologically or pharmacologically, also remains an attractive possibility for treatment of obesity.Plants have the major advantage of still being the most effective and cheaper alternative sources of drugs. The purpose of the proposed study is to investigate the effect of extracts from some common African medicinal plants on mitochondrial proton conductance and superoxide production.The oxygen consumption and membrane potential of mitochondria isolated from different animal tissues will be measured simultaneously in presence and in absence of phyto-compounds isolated from these plant species. Compounds that uncouple the mitochondria will increase oxygen consumption at a given membrane potential and therefore shift the proton leak kinetic up or to the left. These compounds could be further analysed structurally to be developed into anti-ageing and/or anti-obesity drugs. Inhibitors of the respiratory chain will decrease oxygen consumption in general and would be further studied for development into anti-cancer natural products.