At this year’s World Health Summit, which is one of the world’s leading strategic forums for global health, GYA member and immediate past Co-Chair Tolu Oni (United Kingdom) spoke during the opening ceremony, and several other GYA members were on hand to organize and participate in sessions throughout the three-day event.

Each year the World Health Summit (WHS) takes place in Berlin, Germany. This year 300 speakers and 2,500 participants from 100 countries, including 20 ministers from around the world and the Director-General of the World Health Organization (WHO), took part. 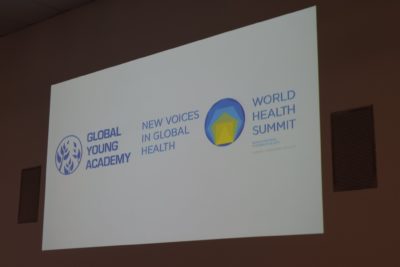 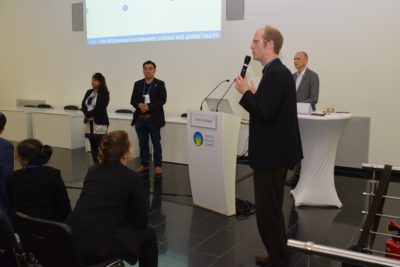 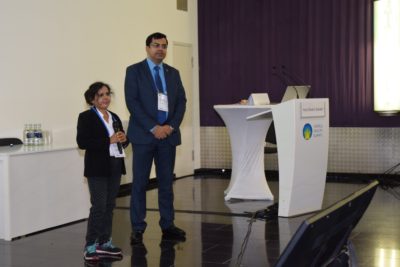 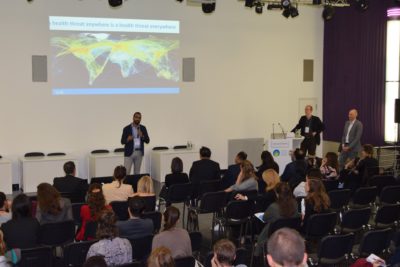 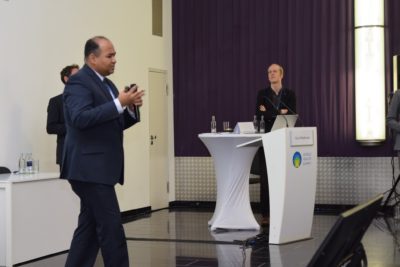 The NVGH session was well-attended, and generated meaningful discussion, not only immediately following the respective speakers, but also following the session (below, right). 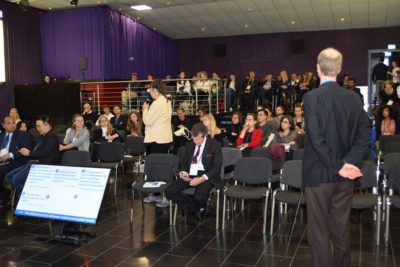 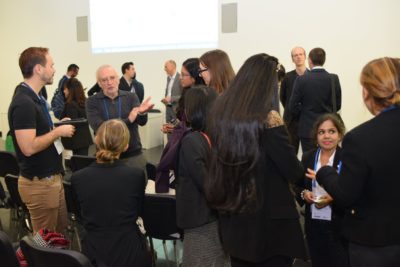 In addition to the NVGH session, the GYA was also a partner in the Respect and Dialogue initiative of the InterAcademy Partnership, which aims at promoting a better understanding of the people and of their cultures and ideas irrespective of origin, religion, ideology and personal priorities. The Respect and Dialogue Session at the World Health Summit took place on 27 October, with valuable input from Tolu Oni.