GYA executive committee member Almas Taj Awan and GYA alumnus Aftab Ahmad arranged a workshop and three school tours on 14-15 March 2017 in a remote village named ‘Dandi (District Chakwal)’ in Pakistan. The workshop was based on a project of the GYA Young Scientist Ambassador Programme (YSAP) in collaboration with the National Academy of Young Scientists (NAYS) Pakistan.

Traditionally, in small villages of Pakistan, the younger generations have less exposure to learn about the variety of professions and career paths. For instance, no one knows how to become a scientist. Therefore, the main target audience for this outreach activity was youth in schools with the objective of spreading awareness about science education, health issues and different careers paths that can help in building their future. For this workshop, Almas traveled from Sao Paulo (Brazil) while Aftab who is the current President and founder of NAYS (Pakistan) brought a team of 3 NAYS young scientists including Rabail Hassan Toor, Sufian Ahmad and Asif Raheem. After tours to three different schools, the venue decided for this workshop was Government Boys High School Dandi. Workshops included interactive seminars on career counseling, health and cleanliness issues, and a science activity including a microscope for visualising plant cells. At the end, pamphlets about causes, prevention and treatment of Hepatitis and diabetes were distributed among students and teaching staff. This was part of the community awareness project of NAYS as these diseases are quite common these days in Pakistan.

Almas discussed her own case study about how a girl belonging to a rural area became an inspiration for young women in science. She discussed various factors behind her career success, while her father’s support was on the top of everything that motivated her. She particularly encouraged the male community from villages to play their role for letting girls of their family go to schools and later onward for university education. This is one of the most important factors in a nation’s prosperity when both men and women work together. Women in particular are important as the next generations are in their hands, so making them empowered means making communities stronger.

In general, gender issues are quite prominent in Pakistani society, so for girls belonging to a village, professional careers are not that easy to pursue due to a number of factors. That is why an initial visit was made to the local girls’ high school with the objective of arranging a workshop there in the future, targeting female students and teachers as well.

At the end, Almas and Aftab would like to pay special thanks to the school Principal Riaz Ahmad for his cooperation in organising this event that received a very healthy feedback. The activity will be repeated in other institutions on different occasions during future visits by Almas in collaboration with NAYS Pakistan. 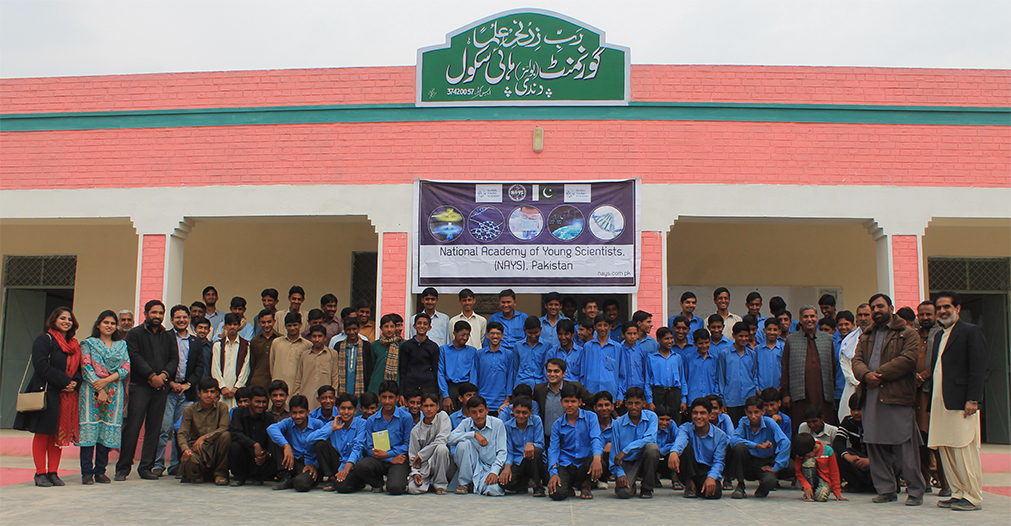