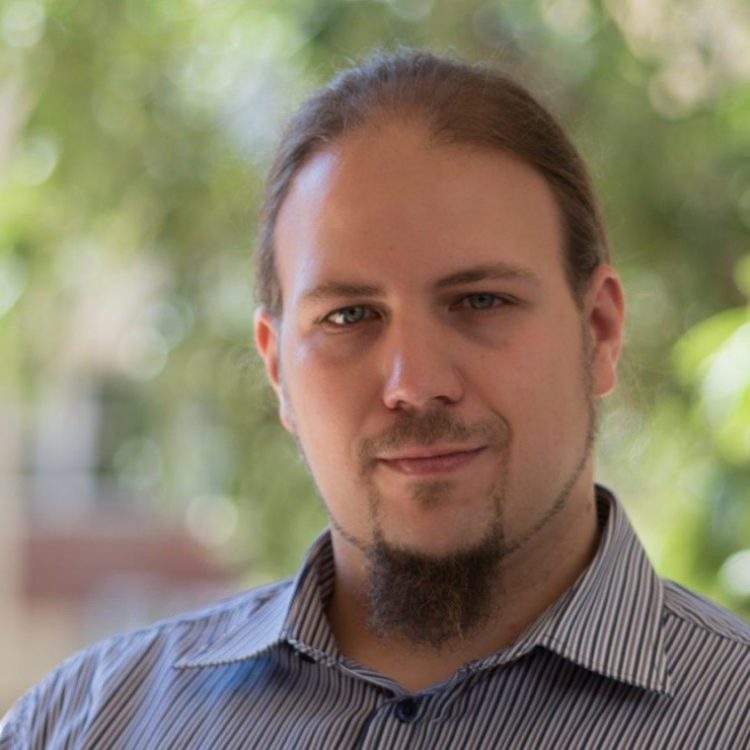 University of Namibia
Department of Physics, Chemistry and Material Science

Every application is like a lottery: sometimes you win, sometimes you loose. The only certain outcome is that you won't win if you don't take part.

Dr Michael Backes is Associate Professor and head of the Namibian H.E.S.S. group in the Department of Physics, Chemistry and Material Science, and the Virtual Institute for Scientific Computing and Artificial Intelligence, University of Namibia. Further, he is Extraordinary Senior Lecturer at the Centre for Space Research, North-West University (South Africa) and Academic Visitor at the Department of Physics, University of Oxford (UK).

During his post-graduate studies at TU Dortmund University, Michael Backes spend study visits at the Ruhr-University Bochum (D) in 2005 and the University of Birmingham (UK) in 2006 to attend astrophysics classes. He conducted the research for his Diplom Thesis (M.Sc.; 2008) and his Dr. rer. nat. (Ph.D.; 2012) in the Astroparticle Physics group at TU Dortmund University. There he held the positions of a Graduate Teaching Assistant (2006-2008), Research Assistant (2008-2010) and, later, as Research Associate (2012-2013). His Ph.D. thesis focused on the investigation of emission properties of a specific Active Galactic Nucleus, employing gamma-ray and multi-wavelength observations. Meanwhile, he was an active member of the FACT (First g-Apd Cherenkov Telescope) and MAGIC (Major Atmospheric Gamma-ray Imaging Cherenkov telescopes) collaborations. The FACT collaboration successfully set up the world's first Imaging Atmospheric Cherenkov Telescope (IACT) utilizing a camera based on semi-conductor light sensors, dubbed G-APDs. The MAGIC collaboration operated a twin-system of the (then) world's largest IACTs and made enormous discoveries like the first detection of very high energy gamma-rays from a pulsar and from an extremely distant active galaxy (both published in Science). Additionally, he was strongly engaged in the Collaborative Research Center SFB 876: "Providing Information by Resource Constrained Data Analysis", an interdisciplinary research centre on data analysis. In that context he worked with statisticians and computer scientists on both, periodicity detection in unevenly sampled data and on an optimal signal/background separation for gamma-ray astronomy. In 2013, he joined the University of Namibia as Lecturer and conducts research in gamma-ray astronomy with H.E.S.S., the world-leading IACT system, and the planning of the next generation IACT project, the Cherenkov Telescope Array (CTA). In 2015, he got appointed as the group leader of the Namibian H.E.S.S. group and since promotion in 2016, Dr Backes was employed as Senior Lecturer in the Department of Physics at the University of Namibia. Recently, Dr Backes got appointed as Extraordinary Senior Lecturer at the Centre for Space Research, North-West University (South Africa) and Academic Visitor at the Department of Physics, University of Oxford (UK) and in 2021 promoted to the rank of Associate Professor.

Fellow of the GSO Leadership Academy 2018/19