Inspiring the next generation of scientists 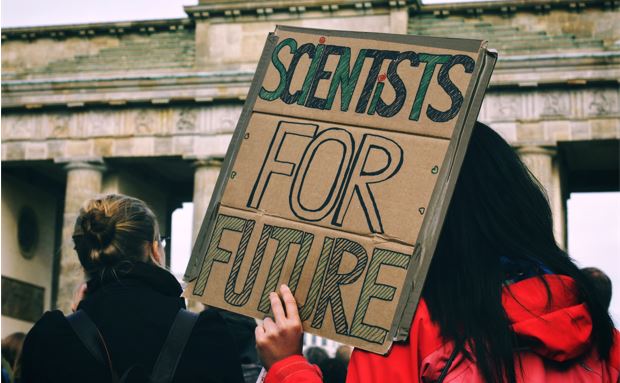 However, ECRs are often excluded from science decision-making even though senior academics and researchers admit that ECRs bring fresh perspectives and informed and relevant expertise from a scientific knowledge and science leadership point of view.[ii]

We, the ECRs of today, want to welcome the next generation of young researchers in a conducive, positive environment. As a generation, we have gone through several challenges, including the recent global pandemic, and the first step of meaningful change is to voice our concerns.

In so doing, we have started changing the perception of the reality of who a scientist is (or should be), as well as the current working conditions within the knowledge generation sector. This change – and most importantly the fact that scientists openly discuss its importance – aims at changing the structures to anticipate the next generation of scientists.

So, what can we do now? Here are some thoughts:

Raise our voices. Science policy leaders are not always aware of the conditions that ECRs operate in – we thus have a responsibility to raise our voices. GYA Working groups often publish work raising important issues, for example, the language issues recently faced by Latin American scientists, [iii] or the issues that mothers in science have to overcome throughout their careers.[iv]  The GYA also collaborated with the InterAcademy Partnership (IAP) on a communique laying out recommendations to mitigate the harms of COVID-19 and seize on the opportunities to improve higher education systems around the world. Read the communique here.

Be the mentors and role models we always wanted to have. Scientists identify the lack of mentorship and role models as an impactful negative factor when it comes to choosing science as a career and staying in the field. It is our responsibility now to provide this mentorship for the next generation. Being a good mentor used to be a personality characteristic but in recent times, it has become a trait that can be developed and a talent that can evolve based on the people we have around us[v]. Developing ourselves into healthy and successful role models will assist in the promotion of STEM careers as an option for school kids. Along the way, a systemic change is necessary to achieve inclusivity and diversity, as well as support researchers to reach their full potential.

Share with the world scientific findings and successes. We have come a long way from being scientists that stay within the walls of an office or a lab. ECRs nowadays need to communicate their findings to ensure materialising science’s full impact to society. Now is not the time for scientists to hide away; it is the time to show off and celebrate our achievements and successes to inspire the next generation of scientists.

Actively participate in decision-making. ECRs should take advantage of every opportunity that we can to participate in decision-making. The GYA Science Advice Working Group, for example, stresses the essential character of science advice at this current point in time. “The current social movement towards post-science, post-truth and post-factual decision making is dangerous and may have deleterious long-term consequences to our collective future. It is important that we, early and mid-career scientists, work closely with decision-makers to emphasise the importance of consulting with specialists to help inform decisions.”[vi]

Organise collectively.[vii] There is strength in numbers – individually an ECR might make an impact but since the beginning of the 2000s, from the initiation of the first Young Academy in Germany, the world saw a wave of organisations raising the voice of young scientists. The beauty of these organisations (~45 all over the world) is in representing various countries’ circumstances, but together we promote the same goals of providing a platform to ECRs to promote their interests and needs collectively.

It is common to blame past generations for current systems and paradigms, but how seriously do we take our own impact on next generations? We can be the generation of ECRs that breaks the negative spiral and changes the status quo for all future scientists. This responsibility starts with each and every one of us when we realise that we are not in science, academia and broader research field only for ourselves, but for a higher purpose.

It is the small changes that will accumulate to make a big impact – an impact that can be our legacy.