[javascript protected email address]
Member of the GYA
since 2018

Professor Inglesi-Lotz is a Professor in the Department of Economics in the Faculty of Economic and Management Sciences at the University of Pretoria (UP), South Africa. She completed her undergraduate studies in 2006 at the University of Macedonia, Greece and continued with her postgraduate studies at the University of Pretoria, South Africa in 2008. Funded by the South African National Energy Development Institute (SANEDI) of the Department of Energy, she completed her doctoral thesis in 2011.
She has published more than 55 academic papers in peer-reviewed local and international academic journals (58 – 23rd May 2019) and has achieved an h-index of 15 (Scopus – 23rd May 2019). Based on publications over the last 10 years, REPEC/IDEAS has ranked her third economist in the country (April 2019). She has successfully supervised 12 MCom students, 10 of which graduated cum laude. She currently is responsible for the Research methodology course at Honours level. She has also developed the curriculum and currently teaches the first course on Energy and Environmental Economics in the Department of Economics, UP with main focus on the interlinkages between energy, the environment and the macroeconomy.
In 2017, she received the award for the Distinguished Young Woman Researcher in the Humanities and Social Sciences category at the 2017 Women in Science Awards, by the South African Department of Science and Technology. Her teaching excellence was also recognised within the Department of Economics of University of Pretoria, receiving the award of Best Postgraduate lecturer for 2017.
Prof Inglesi-Lotz is the President of the (first) South African Association for Energy Economics (SAAEE), an Affiliate of the International Association for Energy Economics (IAEE). She is a Global Young Academy (GYA) member since 2018 and elected the co-leader of the Women in Science Group of GYA in 2019.
She is a member of the South African Young Academy of Science (SAYAS) as from 2017, and a fellow of the Economic Society of South Africa (ESSA). She is on the editorial panel of the Journal of Energy in Southern Africa (JESA), as well as a reviewer for several top international journals. She is currently an affiliate of Economic Research Southern Africa (ERSA), the Association for The Advancement of African Women Economists (AAAWE), as well as the Organization for Women in Science for the Developing World (OWSD).

Distinguished Young Woman Researcher in the Humanities and Social Sciences category at the 2017 Women in Science Awards by the South African Department of Science and Technology.

Senior Researcher of the year 2016 in the field of Economics of the Faculty of Economic and Management Sciences, University of Pretoria.

Postgraduate Lecturer of the year. 2017. Department of Economics, University of Pretoria. 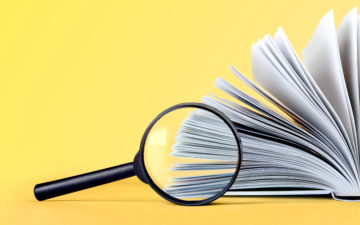