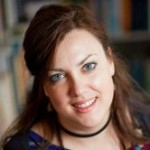 Roberta D’Alessandro is a linguist, working on theoretical models of language as well as language variation and minority languages. She is professor of Syntax and Language Variation at Utrecht University, and former Chair professor of Italian language and culture at Leiden University.

She is PI of the ERC Consolidator project “Microcontact. Language variation and change from the Italian heritage perspective”. She is a member of the Committee for Freedom and Responsibility in the Conduct of Science (CFRS) of ICSU and of AcademiaNet. She is an alumna of the Dutch Young Academy of Science (De Jonge Akademie), where she was also board member in charge of internationalization.

She is co-applicant of the NWO-funded project Maps and Grammar. Previously, she was PI in an NWO-VIDI project on Splitting and clustering grammatical information.

Before moving to Leiden, she worked as a research associate at the Lab for Language asymmetries at the Université du Québec à Montréal, in Canada. Previously, she was a Marie Curie fellow at Cambridge University, UK, and before that a research assistant at Microsoft-Butler Hill in Seattle, USA.

She received her PhD in formal linguistics from the University of Stuttgart, Germany, and studied at the universities of L’Aquila, Italy (where she got her first degree in Russian and linguistics, and also studied physics as an undergrad), Helsinki, Girona, Cornell, Siena and Utrecht.

Knight of the Italian Republic, Order of the Star (knighted on 2 June 2014)