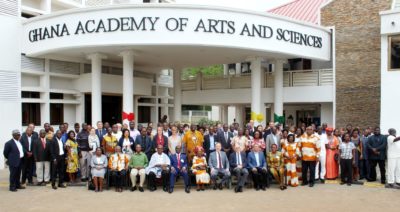 A Conference on “Sustainable African Cities – Debating current Challenges and exploring future Pathways” took place in Accra, Ghana, in July 2018, hosted by the Ghana Academy of Arts and Sciences (GAAS) and co-organised by the Network of African Science Academies (NASAC) and the German National Academy of Sciences Leopoldina, with support from the German Federal Ministry of Education and Research (BMBF). The Conference was part of the ‘Strengthening African Academies‘ project, of which the GYA is a partner.

GYA members Patrick B Cobbinah (Ghana), Ketcha Armand Kablan Malan (Cote d’Ivoire), Chioma Daisy Onyige (Nigeria) and Daniel Ochieng Orwenjo (Kenya) attended the conference. In addition to sending four members, the GYA was also able to nominate representatives from the Nigerian Young Academy, and the young academy initiatives in Benin and Zambia to attend the conference and add the voice of young scientists to the discussions. 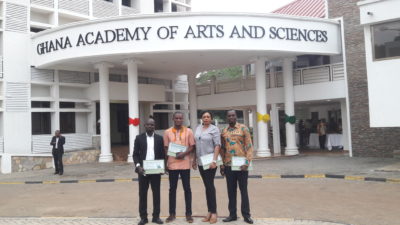 Videos from the Conference are available on the Ghana Academy of Arts and Sciences’ YouTube channel here.

The Conference Agenda can be found here.

The Conference Report can be found here.

The conference opened on 3 July 2018 with a welcome dinner at the African Regent Hotel, Accra, Ghana.  In attendance were Prof Henry Welington (Chairman of the Local Planning Committee (LPC) of the GAAS, Mrs Jackie Olang-Kado  (Executive Director, Network of African Science Academies (NASAC)), Prof Volker ter Meulen (President of the InterAcademy Partnership (IAP)), the GYA and NYA representatives, and a host of other scholars and dignitaries. 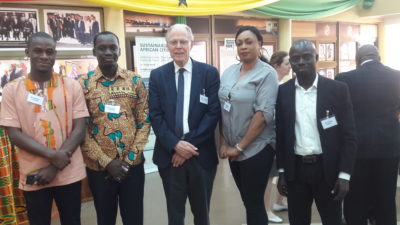 Seated at the high table were Prof Samuel Sefa-Dedeh (Vice President, Sciences Section, GAAS), Prof Volker ter Meulen, Prof George Gyan Baffuor (Minister for Planning , Ministry of Planning, Ghana), Ambassador Christopher Retzlaff (German Ambassador to Ghana) and Mr Tirso De Santos (UNESCO, Accra). The keynote address on “The creation of Sustainable cities for African citizens” was given by Prof Edgar Pieterse of the African Centre for Cities, University of Cape Town, South Africa. In his speech, Prof Pieterse emphasised that the African urban population was likely to increase by 2050, and that by then, 70% of the population would live in cities, especially in West and South Africa. He further stated that public infrastructure investments suffered from an elite/middle-class bias. Despite sustained GDP growth since 2000, there was a lag in informal employment and growth.  In a subsequent talk, Prof George Baffuor stated that solid and liquid waste were currently not properly disposed off. He reiterated that there existed a waste and sanitation problem in Ghana.

After the opening speeches, there were breakout sessions on urbanisation and transformation, and final plenary statements from breakout groups.

Topics of discussion on the final day included disaster preparedness and management in the African context and climate change adaptation, as well as the innovative framing of the African city, which will depend on science-policy deliberations on delivering sustainable livelihoods, along with good urban governance. There exists a dire need for a multi-stakeholder commitment to science, technology and innovation (STI) to navigate the complexity of urbanisation.

The Conference closed with concluding remarks by Prof Wellington. 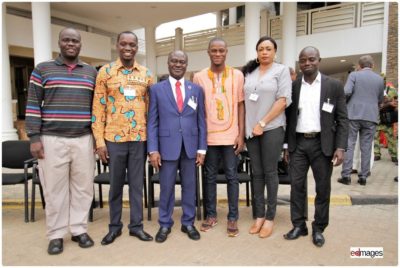 GYA members with the Minister of Urban Planning, Ghana