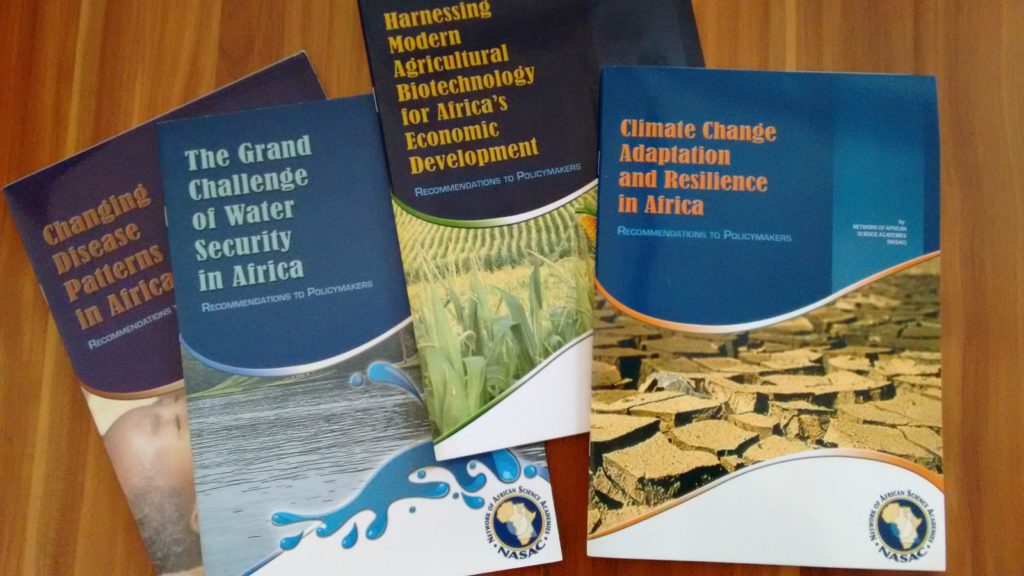 The project Strengthening African Academies ran from July 2015 – August 2019. The project’s aim is to foster the dialogue between science, policy and society.

This activity is not currently / no longer active.

A Conference on “Sustainable African Cities” took place in Accra, Ghana, in July 2018, hosted by the Ghana Academy of Arts and Sciences (GAAS) and co-organised by the Network of African Science Academies (NASAC) and the German National Academy of Sciences Leopoldina, with support from the German Federal Ministry of Education and Research (BMBF).

GYA members Patrick B Cobbinah (Ghana), Ketcha Armand Kablan Malan (Cote d’Ivoire), Chioma Daisy Onyige (Nigeria) and Daniel Ochieng Orwenjo (Kenya) attended the conference. In addition to sending four members, the GYA was also able to nominate representatives from the Nigerian Young Academy, and the young academy initiatives in Benin and Zambia to attend the conference and add the voice of young scientists to the discussions.

For details on the Conference agenda, outcomes and videos, see here. 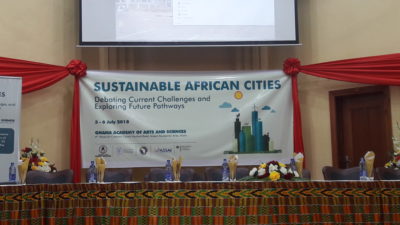 A Conference Report can be found here.

In 2016, the four topics of agriculture (spring 2016), climate change (summer 2016), health (autumn 2016), and water (winter 2016) were addressed with the publication of booklets, a communication tool connecting African scientists with policy-makers and stakeholders. On the basis of scientific evidence, challenges and opportunities were discussed in communication events which brought together policy-makers and scientists. GYA members contributed by commenting on the recommendations made in these publications from a young scientists’ perspective.