Koen Vermeir, co-chair of the GYA Open Science Working Group, attended OpenCon 2017, organized by SPARC and the Right to Research Coalition and hosted by the Max Planck Society in Berlin, Germany on November 11-13 2017.

Like every year, OpenCon was a dynamic and enthusing event, promoting open science with students, young researchers and senior stakeholders. It is the place where bottom-up innovation around open science is occurring and where a grassroots dynamic is fruitfully combined with lots of technical expertise and policy experience. Not consistently inspiring plenary sessions were made up for by the breakout working sessions, where open science veterans often took the lead in addressing current problems and tackling major obstacles towards fair and genuine versions of open science.

An innovation at this OpenCon edition was the introduction of do-a-thons, which were a brilliant way to generate new ideas and connect to likeminded people. Koen Vermeir organized two different do-a-thons during the Berlin OpenCon: one (# 34) on the GYA project Global Access to Research Software (GARS), and a second one (# 33) on a new initiative to define and promote Open Conferences, i.e. to make scientific conference more accessible and diverse. These do-a-thons generated energy and ideas, and will be at the basis of new OpenCon and GYA initiatives to come.

Do-a-thon (# 33) focused discussion on conferences, which are essential for scientific exchange. Many scholars face insurmountable barriers to attending these important conferences. Although special provisions are often in place to allow students to participate, many scientists from low- and middle-income countries are de facto excluded from the events that define their fields. Lacking these scholars at important meetings also deprives scientists of insights into a wider range of research, contexts and perspectives that would benefit them. The main question we addressed during the do-a-thon was: “How can we make conferences more Open and Diverse?”

Do-a-thon (# 34) focused on the GYA report Global Access to Research Software (GARS), which has shown that researchers in low- and middle income countries overwhelmingly rely on proprietary software, but they often do not have the means to acquire this software. On the other hand, they are hardly aware of the existence and possibilities of Free and Open Source Software (FOSS) alternatives to proprietary Research Software. We addressed strategies to raise awareness of field-specific Free and Open Source Software (FOSS) in low- and middle income countries and identified networks and strategies for communication and dissemination.

The only negative vibe that ran through this OpenCon edition was the surprising role of the major scientific publisher Springer-Nature, whose policies and strategies open science advocates have been questioning and challenging over the last years. Springer was one of the major sponsors of this 2017 OpenCon edition, and got a prime time in a plenary session to advertise its new series of (Gold) Open Access books. It also followed up with promotional emails to OpenCon participants. This raises questions about the independence of SPARC and OpenCon, and it looks like the major publishers are now appropriating the dynamic of grassroots Open Science movements in their quest to find new ways to monetize scientific publishing and Open Science. 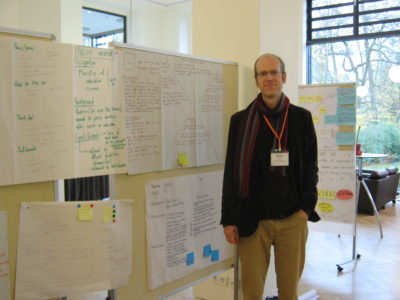 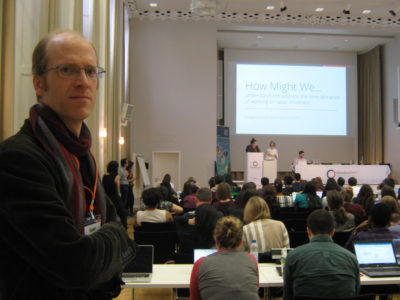