On 9 January 2019 the symposium titled ‘Present and Future of Science in Chile’ was held in Santiago, Chile. The event, sponsored by the Embassy of Canada in Chile and the Universidad Autónoma de Chile, brought together more than 200 early career researchers from all disciplines who discussed topics such as interdisciplinary collaboration and innovation, internationalization and the private sector, and equality of opportunities and inclusion. Opening remarks were provided by the Canadian Ambassador in Chile, Patricia Peña, and the Chief Executive Officer of MITACS, Dr Alejandro Adem. 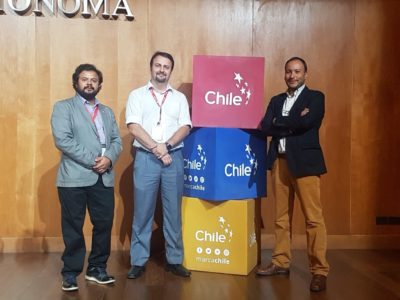