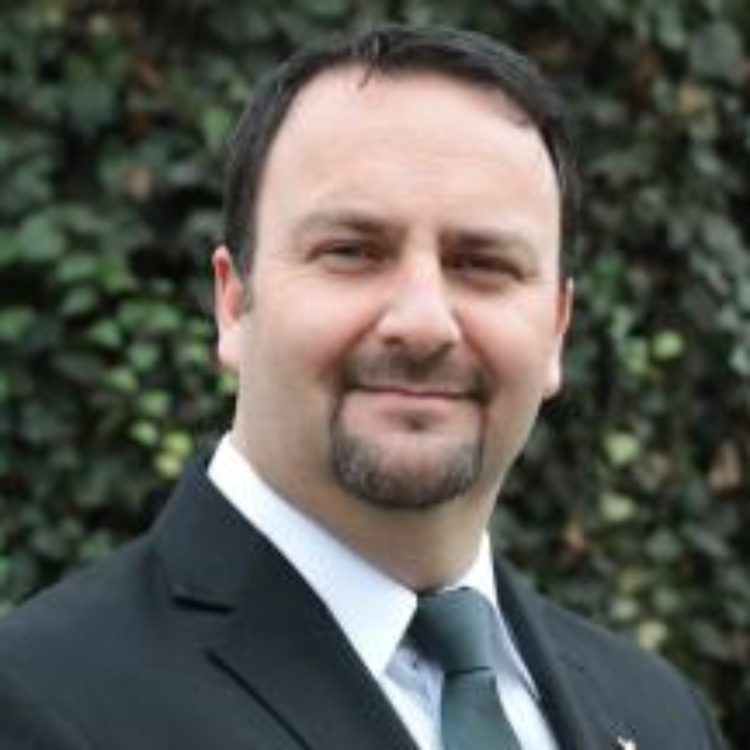 Work hard and quietly and let your success make all the noise.

Dr. Escrig received his doctoral degree in physics from the Universidad de Santiago de Chile. His doctoral studies in the area of nanomagnetism focused on the dipolar interaction between micro and nanometric magnetic systems. At the Max Planck Institute of Microstructure Physics (Germany) he studied magnetization reversal processes and hysteresis curves of magnetic nanowires and nanotubes, developing several new methods, one of which is now used by several groups around the world. In particular, he is a pioneer in magnetic nanotubes publishing more than 35 articles on this subject. Not only that, but he has also published one book chapter entitled magnetic nanotubes in the Handbook of Nanophysics.

Currently, Dr. Escrig leads the Laboratory of Nanomagnetism, which has unique equipment in Chile. This equipment allows researchers to synthesize and characterize magnetic nanostructures with complex geometries. His research work has allowed him to publish 127 WoS articles that have received 2752 citations. He is currently H-index = 29. In addition, 10 articles have been featured in Virtual Journal in Nanoscience & Technology. In fact, two of his articles appeared on the cover of Nanotechnology, while another article was the subject of an interview in nanotechweb.org. In addition, he has submitted 8 patent applications, has supervised 6 postdocs and has trained 8 graduate students and 7 undergraduate students.

Beyond teaching and research, Dr. Escrig was member of the Global Young Academy (GYA), young researcher of the Chilean Academy of Sciences, treasurer of the Chilean Society of Physics, director of the Group of Theoretical and Experimental Physics of Fondecyt and vice-dean of the Faculty of Science at the Universidad de Santiago de Chile. Besides, he is member of the Materials and Technologies for Energy Conversion Saving and Storage Chair. Finally, Dr. Escrig has considerable experience in graduate programs.

Chilean Candidate for the APEC Science Prize for Innovation, Research and Education (ASPIRE) 2017

Researcher of the Frontier Science Program 2012-2014

Grant of the Max Planck Society 2007