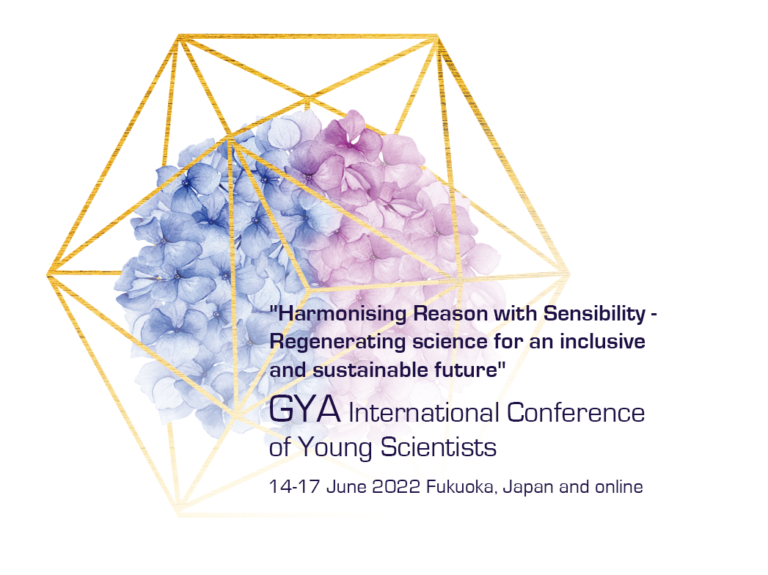 The 2022 GYA Annual General Meeting (AGM) was held online from 13-17 June 2022, in connection with the International Conference of Young Scientists on the topic “Harmonizing Reason with Sensibility: Regenerating science for an inclusive and sustainable future”.

The International Conference was hosted by the Young Academy of Japan, with support from the Science Council of Japan (SCJ), at Kyushu University in Fukuoka, Japan. Online participation was made possible for GYA members, alumni and partner organisations from around the world.

Summary and Highlights of AGM and Conference including panel recordings and daily overviews.

The International Conference of Young Scientists was co-organised by Kyushu University and the Public Interest Incorporated Foundation, the Japan Science Support Foundation and the Harada Koji Fund.

This conference was also partially supported by “Comprehensive Support Program for the Development of Globally Competent Researchers” from Japan Science and Technology Agency (JST).