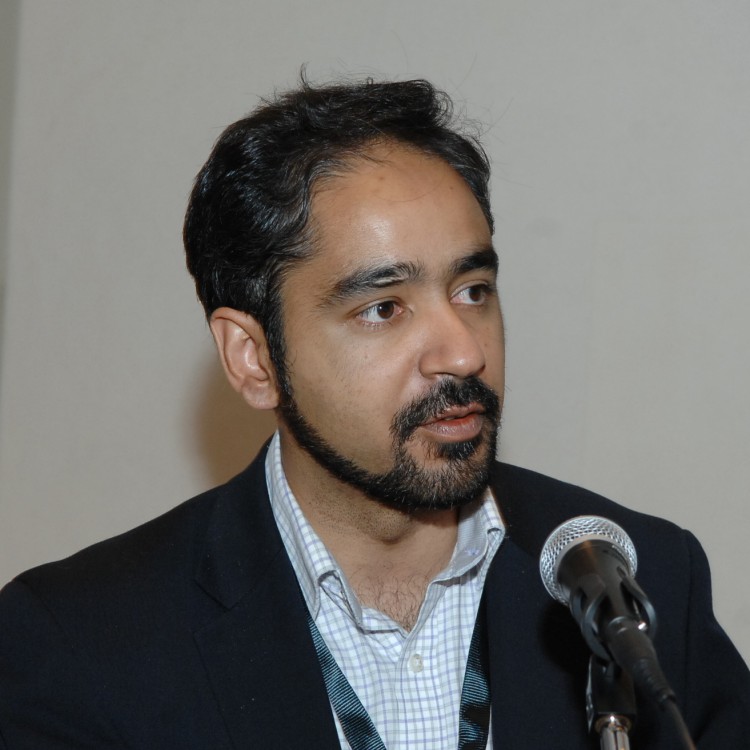 Professor Dr. Muhammad Hamid Zaman is Howard Hughes Medical Institute Professor of Biomedical Engineering and International Health at Boston University. He is the only Pakistani to receive the prestigious Howard Hughes Professorship.

Dr. Zaman received his PhD from the University of Chicago in Physical Chemistry in 2003, where he was Burroughs-Wellcome Interdisciplinary Research Fellow. He then moved to MIT where he worked in the Department of Bioengineering as Herman and Margaret Sokol Foundation Post-Doctoral Fellow in Cancer Research.

Prof. Zaman’s current research focuses on understanding fundamental questions in cancer progression and developing robust technologies for high-value healthcare problems in the developing world. Technologies developed by Prof. Zaman are in various stages of implementation in several countries. In 2013, Scientific American named a technology from Zaman lab, PharmaChk, among the 10 technologies that will change the world.
He has won numerous awards for his research and teaching from IEEE, FEBS, American Society for Engineering Education, USAID, The US National Academy of Sciences, The University of Texas System, Boston University and other national and international organizations. His current research is supported by NIH, NSF, USAID, UNECA, CIMIT, Saving Lives at Birth Consortium, and a number of other private foundations.

In addition to his research, Prof. Zaman is actively engaged in bringing quality engineering education in several developing nations. He is currently involved in setting up biomedical engineering departments at universities in Kenya, Zambia, Uganda and Ethiopia. He is co-Director of the UN Africa Biomedical Initiative.

He is a weekly op-ed columnist for The Express Tribune, where his columns on education, innovation and health appear every Tuesday. In addition, his op-eds and blogs also appear routinely in the Huffington Post. He is also an op-ed columnist for the Project Syndicate which has syndicated his columns in over 20 countries around the world in six continents.