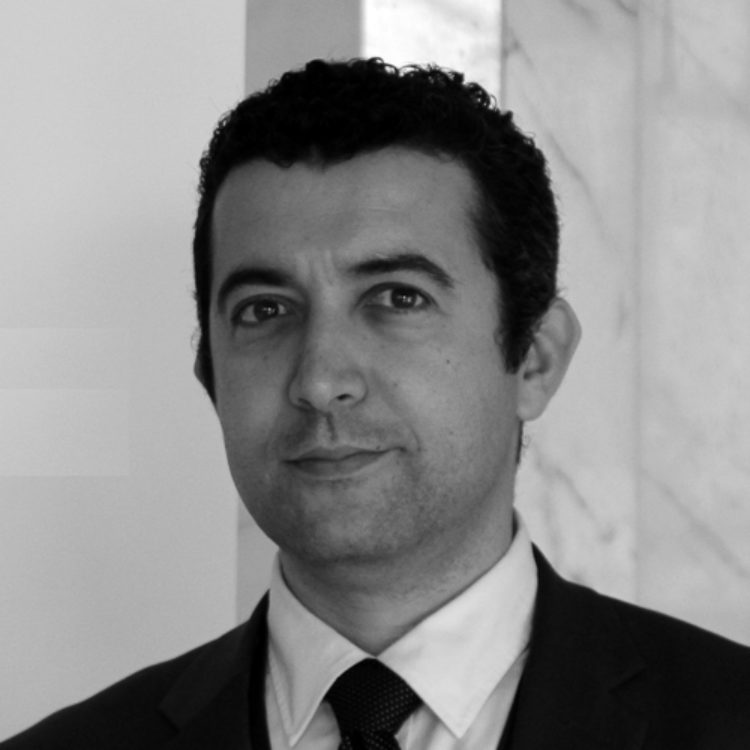 Currently Executive Director of the Regional Center for Renewable Energy and Energy Efficiency – RCREEE (Intergovernmental Organization with diplomatic status) based in Cairo, Egypt. He has been senior consultant, advisor and/or evaluator for several international institutions (European Commission, PRIMA Foundation, the Mediterranean Water Institute, FAO, UN-ESCWA, EU-GCC Clean Energy Technology Network, KAS-REMENA, Ocean Oasis, the Palestinian-Dutch Academic Cooperation Program on Water “PADUCO”, COMSTECH Scientific Advisory Council (COMSTECH-SAC), the EMME-CCI Task Force on Water Resources led by the Cyprus Institute, the International Desalination Association as member of its R&D committee and the European Desalination Society where he was elected as a board member). He has been the R&D Director at the Middle East Desalination Research Center, Oman (2015-2020), in charge of research programs/ projects on sustainable desalination technologies, renewable energies for desalination, water-energy-food nexus, climate change, and science diplomacy. He launched the USD 700.000 Prize Oman Humanitarian Desalination Challenge with his colleagues in MEDRC on 2018 and took part of its judging committee panel as well as its parallel research pathway panel. He has been projects manager at the Euro-Mediterranean Information System on know-how in the Water sector (EMWIS), France (2004-2015). Earlier he was research at the Global Change Unit, University of Valencia (Spain), and he is still a Visiting researcher. He got MSc & PhD degrees in Earth Sciences (Physics) from the University of Valencia, Spain. He also got a Diploma in Enterprises Management & Strategy from SKEMA Business School, France. He is Co-founder and Secretary General of Arab World Association of Young Scientists and member of the Society for the Advancement of Science and Technology in the Arab World (SASTA), and alumni of the Global Young Academy (GYA). He organized and launched an important number of scientific events and networks. He was nominated in 2011 by the French Ministry of High Education & Research as representative at the Intergovernmental framework for EU Cooperation in Science & Technology (TN1301). He has published and contributed to hundreds of conferences in more than 55 countries, journals and reports in the aforementioned fields. He co-authored UNESCO Science Report 2015. He has built a strong record of attaining progressively responsible managerial positions during his 20 years international career (MENA & Europe) in relation with sustainability, climate change impact and management of natural resources (water, energy, food, etc.), desalination technologies, water-energy-food nexus and agriculture. He demonstrated efficiency in diversifying the funding of his organizations through obtaining funds from the European Commission programs as a PI, coordinator and contributor (FP7, H2020, ENPI CBC Med, INCO MED, INCO NGOs, SMAP, LIFE, PRIMA, etc.) and also from international donors such as GIZ, USAID, and national ones such as the research council of Oman, and also through CSRs from embassies and private companies (e.g., oil and gas companies, water & energy utilities, etc.). Dr. Jauad is fluent in French, Arabic, Spanish and English.