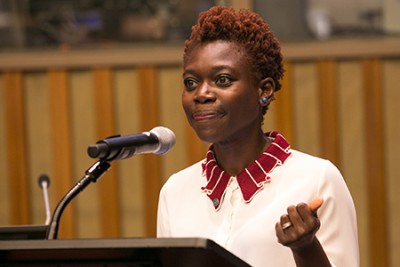 Because scientific and policy-making processes work at a different pace and measure success in different ways, trade-offs and benefits for both sides are inevitable. Tolu stated, “In order to overcome these trade offs, alongside equipping scientists with these skills at an early stage, academic institutions need to recognize the value of these interactions as a key part of impactful scientific endeavor.” The GYA GloSYS project was mentioned as one example of an important initiative exploring the contexts throughout different regions in which scientists, and thus the science-policy interface, are working.

Tolu also pointed out, “Another emerging issue is that scientists require a different skill set to engage with societal challenges and global policy such as the SDGs. These include complexity science; engaging with communities; understanding of science advice ecosystem.” Science Leadership Programmes, co-initiated by the GYA, aim to equip young scientists with exactly these “skills to engage beyond the lab”, so far in Africa and ASEAN.

The active role of the Global Young Academy in engaging young scientists was highlighted in the same session. Lucilla Spini (ICSU, Head of Science Programmes) spoke for the UN Scientific and Technological Community (STC) Major Group and mentioned the Global Young Academy in the context of the importance of involving young scientists in the science/policy/practice interface. 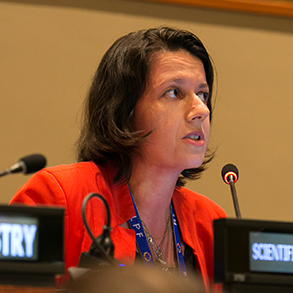 The High-Level Political Forum is the central platform of the United Nations to follow up and review the 2030 Agenda for Sustainable Development and the Sustainable Development Goals (SDGs). The theme of the HLPF from 10-19 July is Eradicating poverty and promoting prosperity in a changing world, focusing particularly on SDGs 1, 2 ,3, 5, 9, and 14. Political and stakeholder representatives hold meetings, discuss voluntary national reviews and participate in workshops and side events. See more on UN HLPF here: https://sustainabledevelopment.un.org/hlpf

Photo by IISD/ENB | Kiara Worth