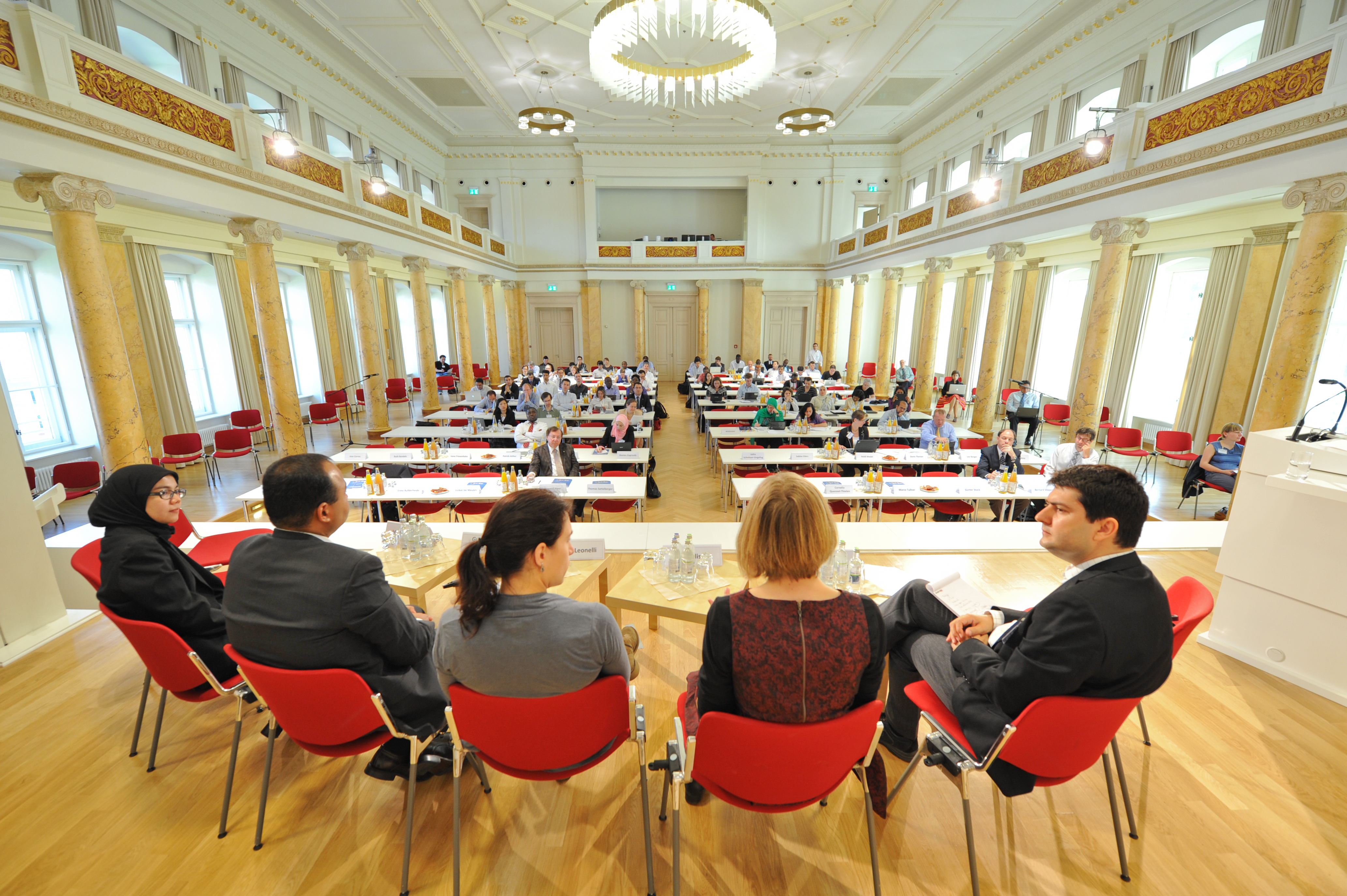 The 2013 General Assembly took place from 15-18 May 2013 at the beautiful premises of the German National Academy of Sciences Leopoldina in Halle (Saale), Germany.

The theme of this year’s meeting was ‘Demography and Global Research’. Research is widely recognized as one of the most important engines of innovation, economic growth, socio-economic development and enlightenment for countries around the world. Early career researchers play a central role in a country’s knowledge economy because they represent an investment in the intellectual capital required to grow a strong national research and innovation system. Consequently, we will be considering the challenges and opportunities for the global community in supporting early career researchers. These include, but are not limited to: the changing relationship between age and research excellence and productivity; the challenges of balancing work and life, the shifting demographics of research and training globally, especially in the developing world where youth comprise between 60 and 75 percent of the total population; the increasing importance of collaboration and interdisciplinary approaches to research, the sticky issues of access and attribution, and the gaps in scientific capacity and training that exist between the developed and developing world. Read more here.

Feel free to download the programme for GYA members.

Full General Assembly 2013 Report now available! The report of the 2013 General Assembly meeting in Halle/Saale, Germany, contains reports on the GA meeting itself, on the meetings of the Executive Committee, and on the Working Groups meetings. As a highlight, the report features the speech of State Secretary Cornelia Quennet-Thielen of the German Federal Ministry of Education and Research (BMBF) announcing BMBF funding for the GYA for the next three years, and GYA Co-Chair Rees Kassen’s Response. You will also find inside the GYA Statement on Global Research as well as all Press Releases related to the GA. Many great photos will serve as a memory for those who participated, and give an impression of the enthusiastic atmosphere for those who did not have the chance to be there.

We gratefully acknowledge the following organizations for their support of the meeting:

Annual General Meetings, GYA (co-)organised, Leopoldina
Back to all events