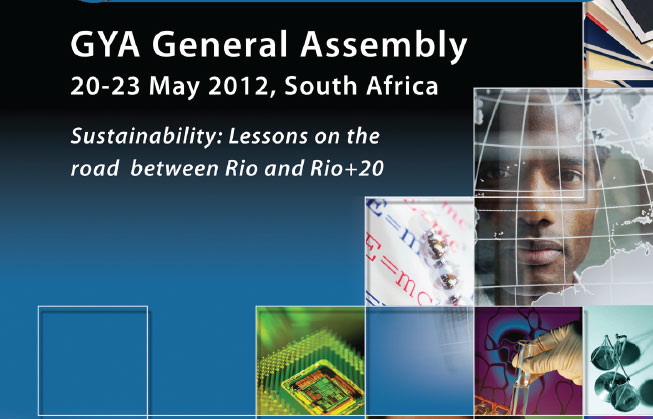 With a program headlined by the South African Minister for Science and Technology, the Editor-in-Chief of Science magazine and other luminaries, the Global Young Academy (GYA) recently completed a very successful General Assembly meeting.  The meeting, held in Johannesburg, South Africa, including 80 young scientists from 40 countries, distinguished senior scientists, and science administrators from around the world.  With a theme of “Sustainability: Lessons on the road between Rio and Rio+20,” the conference focused on concrete actions young scientists can take to advance a sustainable future.  Additionally, the meeting included the founders and founding members of the South African Young Academy of Science (SAYAS), who convened an inaugural meeting to participate in the GYA assembly.