EU for Facts: Evidence for Policy in a post-fact world

The EU Joint Research Centre (JRC) held its Annual Conference on 26 September 2017 on the topic ‘EU for Facts: Evidence for Policy in a post-fact World’. GYA Members Maral Dadvar (Germany), Roberta D’Alessandro (the Netherlands) and Koen Vermeir (France), and GYA Project Officer Jennifer Plaul attended the conference.
In his opening words, JRC Director General Vladimir Šucha spoke about the increased need for scientists and researchers to innovate how they communicate facts and research results. Prof Johannes Vogel (Natural Science Museum Berlin) was especially adamant about innovation with citizen participation, advocating that scientists play a stronger role in outreach, with the goal of empowering a scientifically literate citizenry. Panellists and key-note speakers throughout the day addressed how to maintain and re-establish trust in science, how to re-design policy making using behavioural and decision science, and the perspective of politicians.

Policy decisions always based on facts and values
One tenet of the conference was that we need to be mindful that facts and information alone cannot make decisions, but that many dimensions, most importantly values, play into decision-making. As Tibor Navracsics, EU Commissioner for Education, Culture, Youth and Sport, stressed, politics is more about emotions and values than about facts. In this context, science advice should focus on clearly communicating facts, consequences and limitations – the perspective of science – but leave space for policy decisions. Advocating for one option can endanger effective engagement. At the same time, the science-policy interface goes both ways – in order to inform proper politics, science and research on policy-relevant issues is needed. Sir Peter Gluckman, Chair of the International Network for Government Science Advice (INGSA) and Chief Science Advisor to the New Zealand Prime Minister, stressed that in times when decisions need to be made faster than ever, a ‘science advice ecosystem’ embedded in the policy making process can ensure that science advice is not heard only once then forgotten or misinterpreted.

Safeguard trust in science
EU Commissioner for Research, Science and Innovation, Carlos Moedas, emphasised that because scientific evidence changes with new research, it is important to be transparent about the scientific process. Diverging scientific opinions can be overwhelming and can cause people to lose trust. The commissioner argued that toughening up on research integrity is also essential to maintaining trust, which is hard to re-build once lost. From the behavioural science perspective, peoples’ inherent tendency to understand collectively can have negative consequences (e.g. when fake news is spread through social media). To counter biases against the scientific perspective, it was argued by several speakers that scientists should try to explain, rather than advocate. Others argued that the public does not need to understand the scientific details and complexities, but rather the uncertainties and the potential impact on their lives.  Rush Holt (AAAS CEO) underscored, “It’s not about the science. It’s about speaking to the hopes and fears of the audience”.

Looking towards the future, it is clear that scientific evidence today can help policy makers plan for the future. Future disconnects between politics and research (e.g. the recent refugee crisis, by which migration experts were not surprised) should be avoided. Science advice is not about promoting science, it is about fostering good and effective policies.

Videos and posters entered in a competition can be viewed at EU Science Hub. 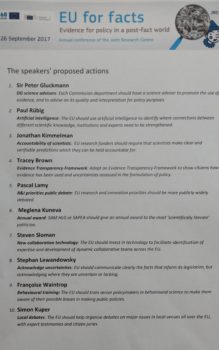 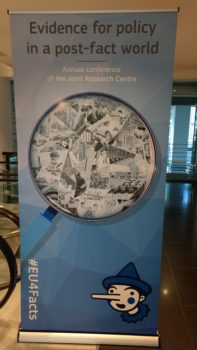 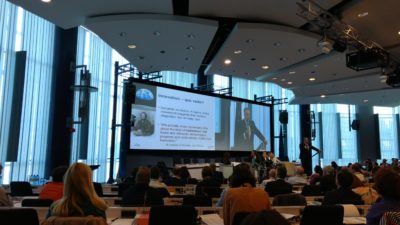 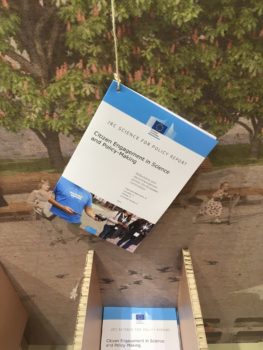