'LOOK BACK TO SEE BEYOND'

EU Horizon 2020 Marie Skłodowska-Curie Senior Global Fellow at the European Studies Center (ESC) – Jean Monnet EU Center of Excellence (JMEUCE) of the UNIVERSITY OF PITTSBURGH and at the CA' FOSCARI UNIVERSITY OF VENICE.

In March 2019 she was ‘Law, Justice and Society’ Invited Lecturer at Wolfson College, UNIVERSITY OF OXFORD.

She received the 2018-2019 Council for European Studies (CES) – IMSISS Senior Visiting Fellowship Award at the University of Glasgow. Selected by the Council for European Studies (CES) – Columbia University, the EU's Erasmus+ programme and the Erasmus Mundus Joint Master Degree (EMJMD) in Security, Intelligence and Strategic Studies (IMSISS) as 2018-2019 IMSISS-CES Senior Visiting Fellow specialised in Human Mobility Rights and European Integration at the University of Glasgow.

In 2017-2018 she was Santander Senior Fellow in Iberian and European Studies at the European Studies Centre (ESC) – St. Antony’s College of the UNIVERSITY OF OXFORD, where she remains a Senior Member.

She also works as Leading Associate Researcher R4 at the Institute of Contemporary History (IHC) — New University of Lisbon and as Royal Elcano Institute R4 Researcher (project CSO2015-67213-C2-1-P). Dr. Blanco Sío-López was also a GYA Facilitator and Lecturer on ‘Qualitative Approaches to Human Mobility and European Integration’ for the  EU Science Hub Evidence-informed policymaking – European Commission  – Joint Research Centre (JRC) Masterclasses at the ‘Evidence and Policy Summer School 2018 on Science, Policy and Demography: The role of population and migration for sustainable development in the European Neighbourhood’. These Masterclasses were held at the International Institute for Applied Systems Analysis (IIASA) in Laxenburg, Austria.

In 2017 Dr. Blanco Sío-López was Invited Lecturer in European Integration History and Digital Humanities at the Faculty of Humanities and Social Sciences of the University of Lille; Jean Monnet EUCE Research Scholar in Residence 2017 at the European Studies Center (ESC) – Jean Monnet European Union (EU) Center of Excellence (JMEUCE) of the University of Pittsburgh and Invited Scholar at the Faculty of Law of the UNIVERSITY OF CAMBRIDGE and the Center for the History of Global Development at  Shanghai University –上海大学.

In 2016 she worked as European Commission Expert, Rapporteur and Evaluator for the EU Research Executive Agency (REA) – EU Horizon 2020 Marie Skłodowska-Curie Programme (MSCA-IF); Expert and Evaluator for EU COST – Cooperation for Science and Technology in Europe – EU Horizon 2020; EUI Vibeke Sørensen Fellow; Salzburg Global Seminar Guest Lecturer and Fellow – SSASA 14 and Visiting Lecturer on Human Rights and on the History of the EU’s Free Movement of Persons at the Istituto per gli studi economici e giuridici Gioacchino Scaduto of the University of Perugia.

Dr. Blanco Sío-López was also Invited Expert on: EU Enlargement History and Political Communication at LSE IDEAS – London School of Economics and Political Science (LSE) (2013 and 2016); EU Constitutional History at the Yale Law School (2016); History of European Integration and Imperial History at the All Souls College – UNIVERSITY OF OXFORD (2016 and 2019) and the History of the European External Action Service (EEAS), the Schengen Area and the EU Free Movement of Persons at the Faculty of Law and at the Sydney Sussex and Darwin Colleges – POLIS of the UNIVERSITY OF CAMBRIDGE (2014, 2016 and 2017).


PAST RESEARCH AND TEACHING PROFESSIONAL EXPERIENCE:

She worked as Lecturer of the MA in Contemporary European Studies and the MA in European Governance (Section ‘Regionalisms in World Politics’) at the University of Luxembourg. During her 6 years at the CVCE-University of Luxemburg she was the Principal Investigator (PI) of the project ‘Spain and the European Integration Process: Vectors of Convergence, Cohesion Factors and Shifting Paradigms’.

Dr. Blanco Sío-López also worked at the DG Enlargement (DG ELARG) of the European Commission in Brussels and at the US Congress – Capitol Hill in Washington, D.C. She was Research and Academic Associate for three years at the Robert Schuman Centre for Advanced Studies (RSCAS) in Florence (EU FP6 projects: NEWGOV, IConnectEU, EMEDIATE…), European Parliament Researcher (’50 Years of History of the European Parliament’ project) and taught European Studies for the Georgetown University in Salamanca.

Dr. Blanco Sío-López holds both a PhD. and a Master of Research (MRes.) in History and Civilization — specialising in History of European Integration and Global History of the Present — from the European University Institute of Florence (EUI) as fully funded Researcher representing Spain at the EUI.

She received the ‘FAEY Best PhD Thesis European Research and Mobility Award 2008’ for her PhD Thesis at the EUI entitled ‘THE ILLUSION OF NEUTRAL TIME: Myths and Perceptions of the process of Eastward Enlargement of the European Union, 1990-2004’.

She also holds a MA Hon. in European History and Politics from the University of Edinburgh (awarded with High Honours, A) —within the ‘History of the Idea and the Reality of Europe’ Excellence Curriculum Development MA Programme, for which only 10 EU students are selected each year— and a BA in History from the University of Salamanca, for which she obtained the 2002 Highest GPA Award (A+), resulting in the 2002 Exchange Award of the Network of the oldest European universities at the Ruprecht-Karls Universität Heidelberg.


OTHER CERTIFICATIONS AND AWARDS:

She is also Accredited Project Manager by the Prince2 Foundation-APMG; Verified Peer Reviewer by Publons and Member of the EUI-RSCAS Global Governance Programme (GGP) Network as participant at the EUI-RSCAS Academy of Global Governance. She was EUI Ambassador and Section Chair and Convenor for the European International Relations Association (EISA).

Blanco Sío-López, C., Contributor to the 'Migration' section of the 'Charta 2020: A Charter of European Public Goods', EUI - Agora Europa - Presented to the European Parliament (EP) in Brussels on 20 March 2019.

Blanco Sío-López, C. (co-author), “Migrants and European institutions: A study on the attempts to address the economic and social challenges of immigration in European Member States”, The History of Migration in Europe. Perspectives from Economics, Politics and Sociology, Routledge Explorations in Economic History series, New York, 2014,  pp.126-154.

16.04.2019 'To "Europe and Back": Spanish labour migration from dictatorship to democracy', International Conference 'Labour in History and Economics', All Souls College, UNIVERSITY OF OXFORD.

29.06.2018 ‘Looking Back to See Beyond: Sources of differentiation in the evolution and potentialities of the EU’s ‘free movement of persons’, Does the future of the European Union depend on differentiation? Sources and effects of the logic of differentiation, European Studies Centre (ESC) - MFO, UNIVERSITY OF OXFORD.

30.05.2018 Discussant of the Seminar 'Myths and Realities of Secessionisms: A Constitutional Approach to the Catalonian Crisis', European Studies Centre (ESC) - UNIVERSITY OF OXFORD.

09.03.2017 ‘Solidarity Challenges and Potentialities of the Free Movement of Persons from European to Global Governance’, 'New Challenges to European Solidarity', Faculty of Law, UNIVERSITY OF CAMBRIDGE.

28.05.2017 ‘From Imbalance to Interdependence? Interregional Dialogue in the Evolving EU Development and Sustainability Agendas’. 'How to Change the World. Entangled Histories of Development', Shanghai University -上海大学.

09.07.2016 ‘From the 'Soviet Empire' to the 'EU as Empire': Comparing Discourses of Empire Status and Resistance in the Building of EU's Eastward Enlargement, 1989-2004’, Imperial Comparison, All Souls College, UNIVERSITY OF OXFORD.

01.07.2016 ‘A Historical Analysis of the European Parliament's Evolving Critiques to the Ethical Crises of the EC/EU's Free Movement of Persons, ‘Europe and its crises’, Darwin College, UNIVERSITY OF CAMBRIDGE.

08.04.2016 ‘Transient Traces? Lessons from EC/EU Enlargements and the Schengen Area to address the Global Governance Challenges of Multiculturalism’, 'The Multicultural Question in a Mobile World', European University Institute (EUI), Florence.

23.06.2014 ‘Convergent Interplay: The EEAS's Role and Challenges in Global Governance and in the EU’s CFSP’, 'The Impact of the EEAS on EU Foreign Policy and Policy-Making', Sidney Sussex College, UNIVERSITY OF CAMBRIDGE.

Proficient: ENGLISH (CPE); ITALIAN (A in CELI 5); FRENCH and GALICIAN.

IMSISS-CES Visiting Scholar Fellowship by the Council for European Studies (CES) - Columbia University, the EU's Erasmus+ programme and the EU Erasmus Mundus Joint Master Degree (EMJMD) in Security, Intelligence and Strategic Studies (IMSISS) at the School of Social and Political Sciences of the UNIVERSITY OF GLASGOW. 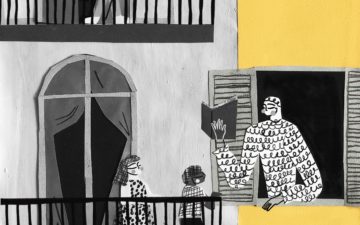