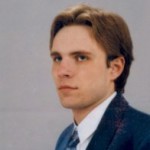 Prof. Bartosz Karaszewski is a medical doctor (MD) with a PhD and a Habilitation Degree working scientifically (research) and clinically (patients) within neuroscience. He is a specialist (consultant) in medical neurology. Since 2014 he has been heading the Division of Neurology (Chair of Neurology) at the Medical University of Gdansk, and the Department of Adult Neurology of the Medical University of Gdansk and of the University Clinical Centre in Gdansk, (the latter is one of the few biggest and most modern hospitals in Poland).

His scientific interests include the pathophysiology, diagnosis, and treatment of brain disorders, primarily stroke; magnetic resonance spectroscopic imaging in vivo; brain metabolism; stem cells in the therapy of brain disorders; and cognitive neurology. In his research he uses clinical examination tools, and molecular biology and neurochemistry techniques in experimental models. He is the first author of papers that have been published in such journals as eg, Annals of Neurology, Brain, Neurology, Trends in Cognitive Sciences, or Journal of Neurology, Neurosurgery and Psychiatry.

His portfolio of scientific and educational prizes include among others: Polish Prime Minister Award for the best Habilitations (a higher scientific degree) in Poland, Polish Ministry of Health Scientific Award for Habilitation (a higher scientific degree), First award in the competition for the most outstanding Polish young doctors / physicians – “Supertalent” in medicine, an award for the best PhD theses in Poland by the Polish Society for Science Support and Propagation, the Polish Ministry of Science and Higher Education Award-Stipend for Outstanding Young Scientists, the Polish Ministry of Health Individual Award for Scientific Achievement, Golden Synapse first award for the most significant neurological article with a Polish institution affiliation, First Prize in a competition for the Best University Student in Poland under the auspices of the President and the Government of the Republic of Poland, the Ambitious and Initiative University Students – Europrimus prize under the auspices of the Polish Ministry of Foreign Affairs, an International Brain Research Organization (IBRO) personal fellowship, the Polish Neurological Society Presidents’ Award (one Polish young neurologist aged 40 years and under is awarded the Award every third year based on scientific achievements), Foundation for Polish Science Awards and Stipends (including “Start” for “the most promising young researchers”, “Kolumb” or “Homing-Powroty”), Polish Ministry of Science and Higher Education Mobility Plus fellowship, three PhD studentships within the EU Marie Curie program (awarded prior to Polish EU accession; he graduated the EU from EUROGENDIS PhD University program), the Polityka Journal Foundation Scientific Award/Stipend for the best young Polish researchers (just one laureate in each general field of science each year – he won in the category of ‘medicine’), or the Gdansk Scientific Society & the Mayor of the City of Gdansk Young Investigator Award.

He became a finalist of the scientific European Tournament for Young Neurologists (by the European Federation of Neurological Societies, now the European Academy of Neurology) for three times (six finalists selected from hundreds of applications, separately within basic and clinical neurology), which still remains a unique achievement in the whole history of this competition.

Bartosz Karaszewski is a member of the Academy of Young Scholars of The Polish Academy of Sciences, and was its first-ever president. The Academy of Young Scholars was established in 2011/2012 following the introduction of the new Polish law on scientific issues. The Academy comprises a maximum of the 35 best young Polish scientists aged 38 years and under, who are selected by the most prominent senior researchers in Poland (members of the Polish Academy of Sciences) through a multi-step nomination procedure. In his discipline (medicine), only four researchers can become members of the Academy.