The Light at the end of the tunnel 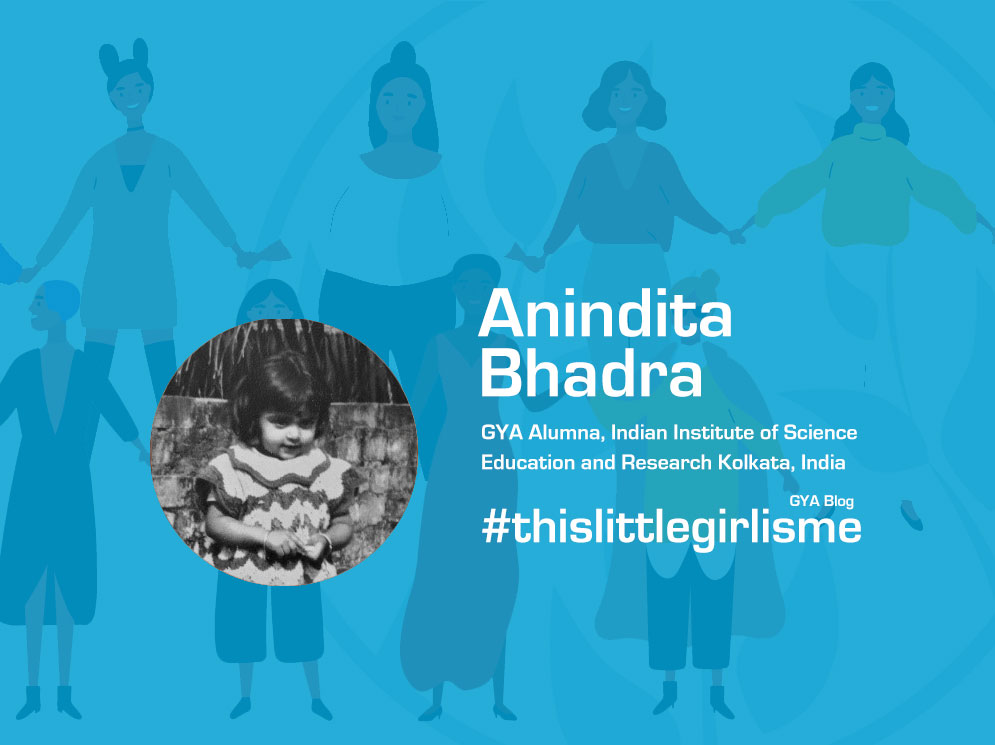 Imagine a little girl of five, in a verandah full of stuffed toys, scribbling on the wall and talking to herself. That would be my daughter, five years ago. When I caught her at this game the first time, I time-traveled to the early eighties – a girl walking around in a large house, talking in her mind to the furniture, or scribbling in an old register. That would be me, playing teacher, surreptitiously.

I didn’t want to share the secret with the grown-ups in our large family, who expected me to be a doctor. I got my first taste of real teaching at the mature age of nine, when my little sister started speaking – my first student was one year old. Soon my flock grew, with new babies being born into the family, visiting cousins and neighbourhood children. I’ve spent many happy afternoons indulging my pedagogical aspirations as a teenager, thanks to all the children around me.

I failed the medical entrance exam, studied Zoology, and fell in love with the subject. Five years later, my dream came true – I joined Professor Raghavendra Gadagkar (RG)’s group as a PhD student. When I left home, my proud family bade me a smiling farewell, with teary eyes. This move cost me my relationship at the time though, but led me to my soulmate whom I met on campus, through theatre, a rather dramatic love story! My PhD life was rather colourful, with many activities beyond research, especially theatre, and then our son. I submitted my thesis on Ujaan’s first birthday, thanks to the constant support of my supervisor, lab mates and family. Ayan was the perfect father, and the better parent among us in many ways. We decided to remain united as a family after my PhD, and applied to the new institute – IISER Kolkata, together.

We were thoroughly enjoying our new life as teachers and independent researchers, and expecting our second baby, when I was put through a sham interview and handed a letter of termination, much before my three-year contract ended. We had been made promises, and were too naïve to believe in them. Also, I was too outspoken for the real world. I didn’t understand that a good CV is not always enough, especially when you are a woman in a men’s world. But this story is not about the darkness. When our daughter was born, I  didn’t have an assured position, the struggle was ongoing. We named her Rupkatha, fairytale.

We went through hell, both emotionally and physically, but we endured; I never stopped working and believing in myself. I had the constant support and mentoring of RG, who believed in my potential to do good science. He and I brainstormed over the idea of an Indian National Young Academy, when he was elected the President of the Indian National Science Academy (INSA). On Christmas Eve 2014, I received a call from RG. The INSA council had just sanctioned the establishment of INYAS, the Indian National Young Academy of Science. While I was still uncertain about my academic position, I was elected the Chair of INYAS, my third baby. A year after INYAS, the GYA happened. I’ve learned to appreciate inclusivity, diversity, open science and networking in a new way at the GYA. Here, I’ve developed an interest in science policy and diplomacy and had a multi-cultural experience in its true sense.  I don’t know how much I’ve contributed to the GYA, but the GYA has given me a world.

My academic journey has been rather pleasant, in spite of the hurdles laid out by life. When I was struggling to keep my job, my students had faith in me, and together we built the Dog Lab at IISER Kolkata, the world’s first dedicated research group studying free-ranging dogs (FRD). Twelve years later, I’m thrilled to see research papers on FRD coming out of Chile, Italy, Vietnam, and Brazil. It is my dream that the FRD will soon be considered as an important model system for behavioural ecology and conservation biology.

I’m writing this story to tell young girls and women out there – never give up! I’ve seen many friends and colleagues give up under stress or change career paths. I generally see the glass half full, and I believe much of this has been possible because of all the love that I have found around me. RG has always only been a phone call away, a constant source of inspiration and support. My children have never been a burden to me or a hurdle for my career. Ayan has been my steady, unwavering support and mirror. Even in the darkest of times, I’ve never lost faith, not in a super power or miracle, but in myself. And this has always shown light at the end of the tunnel, a hope, a dream. I decided to key in my story to tell of this light, which each of us have the power to kindle. All we need is the strength to believe in ourselves.