I am Chair of the Israel Young Academy and Head of the Center for the Study of the United States at Tel Aviv University with the Fulbright Program. I teach political science at Tel Aviv University as senior lecturer (American associate professor) at the School of Political Science, Government and International Relations. I am member of the Scientific Council of the Blavatnik Interdisciplinary Cyber Research Center and co-chaired the Israeli Cyber Forum at Columbia University, while teaching political science at Columbia from 2016-18.

My broad research interests are in Comparative and American Politics, Politics of Sexuality and Gender, Judicial politics, Israeli Politics, US-Israel Relations, Political Methodology and Cyber Security. My scholarship has appeared in 25 peer reviewed articles in publications such as Regulation & Governance, World Development, Demography, Public Administration, Journal of Public Policy, Comparative Political Studies, The Law & Society Review, Journal of Empirical Legal Studies, Political Studies, Judicature, and the Justice System Journal, among others. My forthcoming third scholarly book will be published with Cambridge in 2019 and will focus on the Production of Reproductive Rights. My book about agenda setting on the Supreme Court of the United States was published in 2014 with Palgrave-MacMillan and my book about sexual minority rights in a comparative perspective was published with SUNY Press in 2016. My popular nonfiction book about Israeli parents in America was published in Hebrew in 2010 and was broadly covered by the media.

I am recipient of several grants and fellowships. In 2018 I lead a multidisciplinary team at Tel Aviv University to win a grant of 1 Million NIS for 3 years from the US State Department and the Fulbright Program to found a new Center for the Study of the United States at Tel Aviv. In addition, I won the Marie Curie Grant, a Fulbright Doctoral Fellowship and the National Science Foundation Dissertation Improvement Grant. My work has been presented at the annual meetings of the American, European, Midwest, Southern and Western Political Science Associations and I have been invited to give talks in China, Norway and the United States. I have teaching experience at the graduate and undergraduate levels at Columbia University of New York, Tel Aviv University, Stony Brook University, SUNY Albany and the Open University.

I appear as expert commentator on WKGO San Francisco, Israeli TV Channels 1, 2 & 10, Christian Science Monitor, Haaretz.com (English), ynet.co.il, Haaretz newspaper, Galatz Israeli Radio and Knesset TV Channel. Likewise, I am regularly engaged in community service on and off campus including giving talks to the general public, advising government and NGOs, being invited to give a commencement speech, and volunteering with individuals with disabilities. Prior to my academic career, I had been the founder and director of several social programs for youth of underprivileged background, including at Dor Shalom (Generation for Peace) and the Summer Youth University, and had had advanced training in clinical psychology. 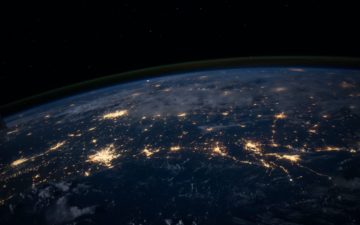