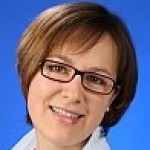 I started my research career as medical student in 2002 in the Institute of Radiology at the Munich University hospital – Grosshadern campus. I completed my medical PhD thesis (Dr. med.), which focused on pulmonary Magnetic Resonance (MR) angiography and perfusion, in February 2006 (Magna cum laude). In November 2005, I began residency at the Institute of Radiology at the Munich University hospital – Grosshadern Campus and continued to pursue MR research in parallel with my clinical training. In January 2009, my mentor—Professor Schoenberg—became chairman at the Department of Radiology and Nuclear Medicine at the University Medical Center of Mannheim, Heidelberg University, and I thus also moved from Munich to Mannheim to continue my work in MRI research. In January 2011, I finished my “Habilitation” (the highest academic qualification a scholar can achieve in Germany, earned after obtaining a research PhD doctorate) as one of the youngest ever (age 30) to achieve this in my field in Germany. At the same time, I successfully completed the German Radiology boards. Since January 2011, I have been working as an Associate Professor in Radiology at the University Medical Center Mannheim, Heidelberg University, and currently serve as the section head of “Preventive Imaging” with MR imaging being my major responsibility. I have earned several national and international academic awards during my career thus far. These include the 2012 “Walter-Friedrich-Award” of the German Roentgen Ray society for outstanding research in the field of Radiology and the 2010 Fellow Award of the Radiological Society of North America (RSNA)—the world’s largest Radiology organization with an annual meeting attendance over 60,000. Between 2006 and 2012, I published 45 peer-reviewed papers, 23 of them as first or senior author. I contributed to several text books, and I am the lead author/editor on the German translation of the Essentials of Clinical MR” (2011) a textbook published by Thieme Medical. I was appointed early in my career as an assistant editorial board member for Investigative Radiology, the #2 ranked general interest journal in the field of Diagnostic Radiology. The focus of my work has been the implementation and clinical evaluation of advanced MR techniques with a special emphasis on the reduction in motion artifacts as well as the implementation of low-dose contrast-enhanced imaging protocols. Both topics are of particular importance for critically ill and/or pediatric patients. Through my research in the field of contrast media, I have become a consultant for several industrial partners, working at the interface between academic research and industry. Since 2011, I have been shifting my research focus toward functional oncologic MR imaging.

I am currently working on projects aimed at assessing therapeutic response in rectal and hepatocellular cancer. The anticipated outcomes of this research are to define imaging criteria that allow for early quantitative assessment of treatment responses and identification of non-responders to therapy. This knowledge would help guide early treatment strategy adjustments, thus improving the overall outcome of oncologic patients.