University of Southern Queensland, Institute for Agriculture and the Environment

Uttam Babu Shrestha is a Vice-Chancellor’s Research Fellow at the Institute for Agriculture and the Environment, University of Southern Queensland. He completed PhD in Environmental Science from the University of Massachusetts Boston, USA in 2014 and has two masters’ degrees, one in Geographic Information Technology from Northeastern University, USA and the other in Botany from Tribhuvan University, Nepal. Before joining at the USQ, Dr. Shrestha worked at Harvard University, University of Massachusetts Boston, University of Maine, USA. He has received numerous awards and grants including Graduate Academic Excellence Award at Northeastern University in 2008 and Outstanding Graduate Student Award at University of Massachusetts Boston in 2014, and National Geographic Society’s Conservation Trust Grant in 2012. He has published several peer-reviewed journal papers, one book, and several articles in popular press. His research is featured in numerous scientific and media outlets including the Journal Nature. His research interests are climate change and its impacts on ecosystems and species, biodiversity conservation, natural resource management and human use of natural resources. 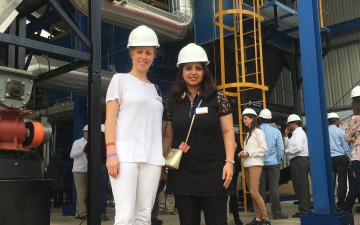 Editorial on Science in South Asia

A call to action on the UN SDGs for young academies