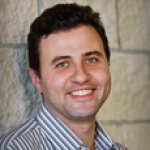 Specializing in metabolomics, natural products chemistry, and plant biochemistry, Mohamed A. Farag completed his PhD at Texas Tech University, USA, in 2003. In 2005, after spending time as a postdoctoral fellow at The Samuel Noble Foundation, USA, and the James Graham Brown Cancer Center, USA, he became a lecturer in the Faculty of Pharmacy, Cairo University, Egypt.

Since 2009, Dr Farag has been working as a visiting professor at the Technical University of Munich, Germany, to participate in teaching plant metabolomics for master students, and in 2009–2010 he held the Alexander von Humboldt fellowship at the Leibniz Institute for Plant Biochemistry, Germany. Dr Farag now works full time as an associate professor at the Pharmacognosy Department within the Faculty of Pharmacy, Cairo University where his research work focuses primarily around applying innovative biochemical technologies (metabolomics) to help answer complex biological questions in several fields including medicine, herbal drugs analysis and agriculture.

Dr. Farag has been recognized with several awards, including Egypt Higher State Incentive Award (2012), Cairo University Incentive Award (2009), Egyptian State Award for Excellence in Basic Sciences (2008), Cairo University Scientific Publication Award (2007 and 2008), and the Mass Spectroscopy Performance Award, TTU, USA (2004). For his highly cited publications close to 1500, Dr. Farag was elected to serve as an associate editor for the first international journal to be handled by Cairo University (Journal of Advanced Research). In 2011, Dr. Farag was selected as a top researcher in the field of plant biology in Africa by the American society of plant biology, USA. He is currently an affiliate of the TWAS academy (2012-2016), Italy and a member of the Global young academy (GYA), Germany. Along with other GYA members in Egypt and under the patronage of the Egyptian Scientific Academy they have established the first young academy of Egyptian scientists (EYAS).