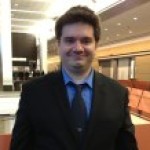 Federico Rosei has held the Canada Research Chair in Nanostructured Organic and Inorganic Materials since 2003. He is Professor and Director of Institut National de la Recherche Scientifique, Énergie, Matériaux et Télécommunications, Université du Québec, Varennes (QC) Canada. Since January 2014 he holds the UNESCO Chair in Materials and Technologies for Energy Conversion, Saving and Storage. He received MSc and PhD degrees from the University of Rome “La Sapienza” in 1996 and 2001, respectively.

Dr. Rosei’s research interests focus on the properties of nanostructured materials, and on how to control their size, shape, composition, stability and positioning when grown on suitable substrates. He has extensive experience in fabricating, processing and characterizing inorganic, organic and biocompatible nanomaterials. He has published over 170 articles in prestigious international journals (including Science, Proceedings of the National Academy of Sciences, Advanced Materials,Angewandte Chemie Int. Ed., Journal of the American Chemical Society, Advanced Functional Materials, Nanoletters, ACS Nano, Biomaterials, Small, Physical Review Letters, Applied Physics Letters, Physical Review B, etc.), has been invited to speak at over 160 international conferences and has given over 150 seminars and colloquia and 20 public lectures in 40 countries on all inhabited continents. His publications have been cited over 4500 times and his H index is 38.

He has received several awards, including the FQRNT Strategic Professorship (2002–2007), the Tan Chin Tuan visiting Fellowship (NTU 2008), the Senior Gledden Visiting Fellowship (UWA 2009), Professor at Large at UWA (2010–2012), a Marie Curie Post-Doctoral Fellowship from the European Union (2001), a Canada Research Chair since 2003 (renewed in 2008 for a second five year term) a Friedrich Wilhelm Bessel Award from the Alexander von Humboldt foundation (2011), the Rutherford Memorial Medal in Chemistry from the Royal Society of Canada (2011), the Herzberg Medal from the Canadian Association of Physics (2013), the Brian Ives lectureship award from ASM international / Canada Council (2013), the Award for Excellence in Materials Chemistry from the Canadian Society for Chemistry (2014) and the NSERC EWR Steacie Memorial Fellowship (2014).