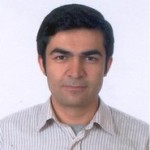 applications; statistical methods for medical data and image analysis. He has (co)authored more than 50 journal articles, gave numerous invited talks and presentations. He was an associate editor for Computational Statistics and Data Analysis and Journal of Probability and Statistical Science between 2008-2016, and editorial board member of Model Assisted Statistics and Applications between 2007-2012. He has been chosen as an “elected member” of International Statistical Institute in 2011. Also, he also served as a member of BoD of International Association of Statistical Computing between 2012-2016 and was a “TWAS Young Affiliate Fellow” in between 2012-2016, and received the prestigious International Outgoing Fellowship grant from REA of European Union in 2012, and was a member of GYA between 2013-2018