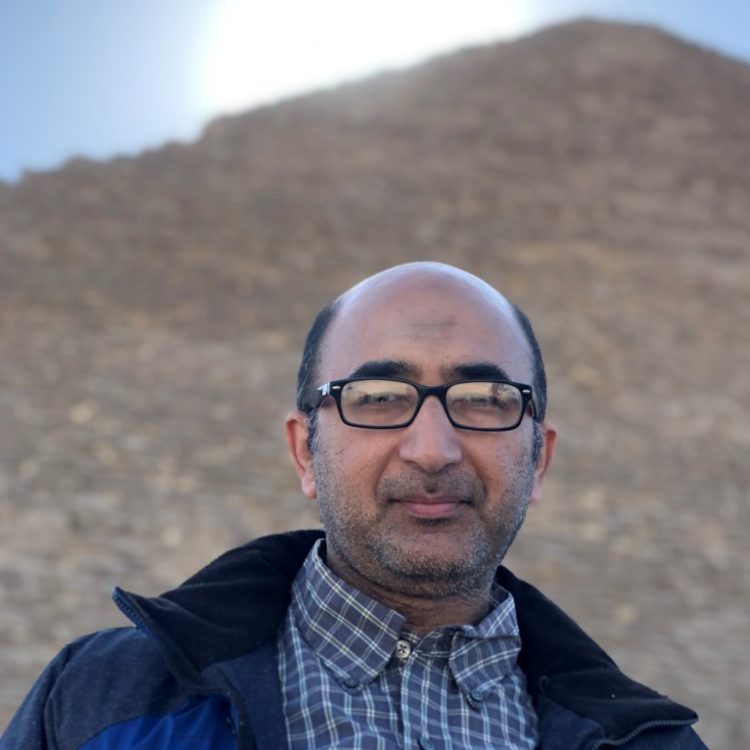 Bahaa Elgendy, Ph.D., holds a primary appointment as an Assistant Professor of medicinal chemistry at St. Louis College of Pharmacy and a secondary appointment in the Department of Anesthesiology at Washington University School of Medicine (WUSM). He received his Ph.D. in Chemistry from the University of Florida (Gainesville, FL) working with Prof. Alan R. Katritzky. After that, he joined the Scripps Research Institute as a Research Associate. Prior to joining STLCOP, Dr. Elgendy was an Associate Professor of Bio-Organic Chemistry, Benha University, Egypt. He was also an Assistant Professor of Medicinal Chemistry at Saint Louis University School of Medicine.
Dr. Elgendy is working to unravel the mysteries of nuclear receptors, which play a role in a number of physiological processes, including metabolism, immune function, reproduction and development. His team is working to develop ligands that modulate the function of these receptors to potentially treat a variety of medical conditions, including Alzheimer’s disease, Parkinson’s disease, atherosclerosis, chronic pain, musculoskeletal disorders, and cancer.  Dr. Elgendy incorporates computational methods such as quantitative structure activity relationships, pharmacophore modeling, and virtual screening in his drug discovery pipeline to accelerate the process of drug discovery and optimization. Dr. Elgendy is a principal investigator on several funded grants including a grant from the National Institute of Aging to support research focused on the treatment of Alzheimer’s disease.

Dr. Elgendy is the recipient of several awards including: Outstanding Achievement from University of Florida (2008 and 2010), Proctor & Gamble Award for Excellence in Graduate Research, University of Florida (2010), Benha University Prize for Scientific Excellence (2015 and 2016). Recently, he was awarded The Egyptian State Prize in Chemical Science and the Presidential Medal of Excellence (First Class) for outstanding contribution from the President of Egypt. Dr. El-Gendy was the Co-Chair of the Egyptian Young Academy of Sciences (EYAS) (2015-2017), Young Affiliate of the World Academy of Sciences (TWAS) (2015-2019), and a member of the Global Young Academy (GYA) (2017-2022).

Certificate of Outstanding Achievement from University of Florida (2008 and 2010)