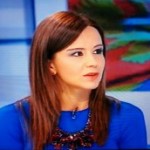 Faculty of Law, University of Montenegro

Aneta was born on September 27, 1981 in Nikšić. Montenegro. Elementary school she completed in Niksic and high school in United World College (Trieste, Italy). In 2004, she graduated from the Law Faculty in Podgorica, graduating with top honors (having an average grade of 10). While studying, she was awarded by the city of Podgorica, School of law and University, several awards and the Charter of the University of Montenegro as best student of the University and Law School. After her bachelor's degree in law, she pursued her Masters in Law at Kyushu University (Fukuoka, Japan) as a scholar of the Japanese Government. In 2004 she was elected for a teaching assistant and worked as the Administrative assistant in Center for human rights. About the same time she became a laureate of the Montenegrin Academy of Science and Art. In 2009, she obtained her Ph.D. from the Law Faculty of University of Montenegro in Podgorica. In December of the same year, she was elected for artitartor of the International Arbitration Court attached to Chamber of Commerce, and conferred the academic title of assistant professor at the University of Montenegro. In 2010 she was appointed for the national correspondent by Government of Montenegro in UNCITRAL. In 2011 she became a member of Center for Young Scientists of Montenegrin Academy of Science and Art, and in 2014 a member of Global Young Academy. She gave lectures/speeches on various business legal issues ranging from artbitration, privacy rights, business financial reform from 2000 to 2014 in a variety of forums from Washinton, D.C., to Dallas, Texas, to New York, New York, to countries such as Austria, Belgrade, Croatia, Germany, Montenegro, Netherlands, and Spain. In addition, she experienced teaching law in law schools and undergraduate forums, having taught International Business Law at Washington and Lee Law School, Lexington, VA. She is the author of a monograph entitled "Legal Aspects of Mitigating Risks in Project Finance" and co-author of several monographs and writer of significant number of articles in the scientific, professional international and national journals. Her areas of interest are: International Business Law, International Contract Law, International Commercial Arbitration, Media Law, EU Law.