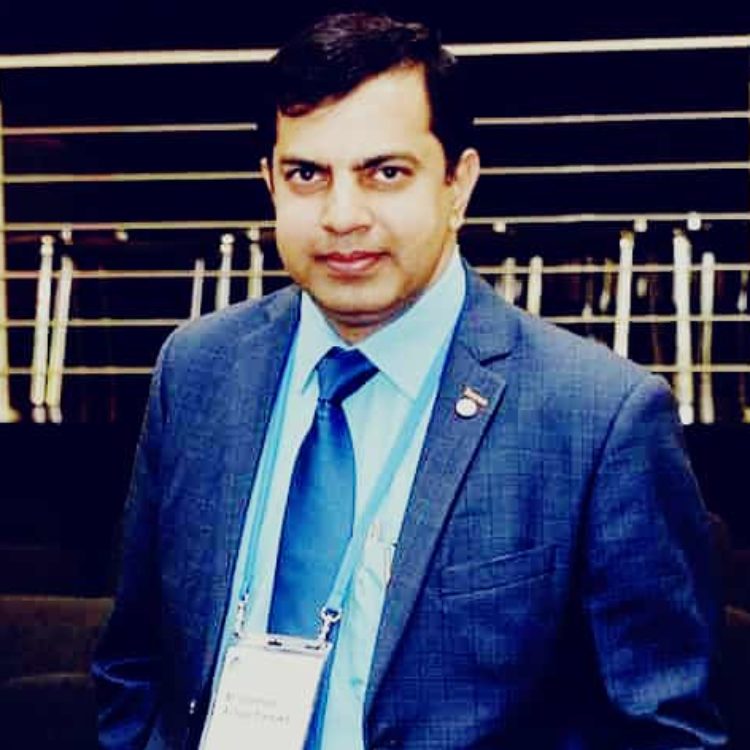 Dr. Muhammad Akhyar Farrukh completed B.Sc (Hons.) in Chemistry and M.Sc in Physical Chemistry with first class with first positions in both examinations. He has been duly awarded three gold medals for his outstanding academic performance in the M.Sc final Chemistry examination of the University of Karachi and was declared as best student of the whole Faculty of Science. He earned Ph.D in the field of Chemistry in 2003, first postdoctoral research (catalysis) in 2007 in Brazil on a fellowship awarded by the Academy of Sciences for the Developing World (TWAS), Italy and CNPq, Brazil and second postdoctoral research (nanomaterials) in 2010 in Malaysia awarded by Universiti Sains Malaysia (USM) and TWAS. He has received other Awards/Shields/ Scholarships along with four gold medals for excellent performance in research and service to society.
He started his career as Full Time Cooperative Teacher from the Department of Chemistry, University of Karachi (2000 to 2004). He served Pakistan Council of Scientific and Industrial Research as Senior Scientific Officer from 2004 to 2005 then Pakistan Council for Science and Technology, Ministry of Science and Technology, Islamabad as Senior Research Officer/Project Director/Head RES from 2005 to 2008. He performed his duties as Assistant/Associate Professor of Chemistry from 2008 to 2018 and Registrar from 2013 to 2016 at GC University Lahore. Currently he is serving as Associate Professor of Chemistry at Forman Christian College (A Chartered University), Lahore since 2018.

Dr. Muhammad Akhyar Farrukh has been awarded many international and national awards; selected by UNESCO and participated as a “Representative of Pakistan” in the first Assembly of the World Association of Young Scientists (WAYS) in Morocco in 2004, awarded “Young Chemist Award” by IUPAC in Italy in 2007, selected as “Young Scientist” by TWAS in Egypt and IAP in Germany in 2010, selected as “Young Scientist” by IAP/World Economic Forum to participate in the annual meeting of new champions 2010 in China, selected as “Young Researcher” in 2013 by the Council for Lindau Nobel Laureate Meetings for the 63rd Lindau Nobel Laureate meeting, awarded IUPAC-2015 Award for Chemists as an outstanding chemist from developing countries, received Gold Medal for Best Performance by Minister for Higher Education, Punjab in 2016, received SATHA Innovation Award 2018 with Gold Medal by South Asia Triple Helix Association (SATHA). He has been selected as “Productive Scientists of Pakistan” by PCST since 2005 and ranked 1st in Lahore, 4th in Punjab and 11th in Pakistan (Category Chemistry Young Scientists) in 2017, received Research Productivity Awards for the year 2012-2013, 2013-2014 (Category B with highest score from GC University Lahore), 2015-2016 (Category A and ranked at 1st in Lahore, 2nd in Punjab and 11th in Pakistan in Chemistry, over all 26th in Pakistan),  2017-2018 (Category C and ranked at 16th in Pakistan with highest score from GC University Lahore) by the Pakistan Council for Science and Technology.

He has also participated in many international conferences/trainings sponsored by UNESCO, IUPAC, TWAS, WAYS, UNU, IAP, PSF, AKB Stiftung, INS, IFA, INN and HEC etc. He is a member of 15 international professional bodies. He has published 106 papers in international/national repute journals (IF=111.362, h-index=21, Citations=1211), published/edited 23 books, issued 07 US patents/applications, presented 48 papers in international/national conferences and gave 51 plenary/invited lectures in 25 countries around the globe, he is on the editorial board/managing editors of 17 journals and referee of 57 journals. He has won 06 major Research Grants from TWAS, USM, HEC, PSF, ORIC GCU in the area of nanotechnology, established Nano-Chemistry Lab., at GC University Lahore and has supervised 43 M.Phil./Ph.D. theses. This biography is updated till August 2019.

“Young Chemist Award” by IUPAC in Italy in 2007

“Young Scientist” by IAP/World Economic Forum in China in 2010