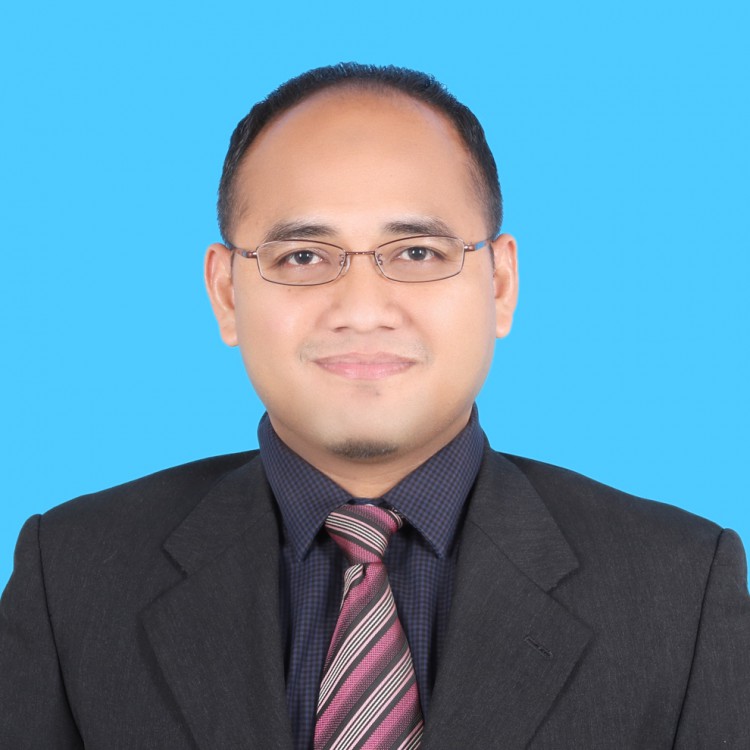 Mohd Hafiz Dzarfan Othman is an Associate Professor in Department of Energy Engineering, Faculty of Chemical and Energy Engineering and Deputy Director of Advanced Membrane Technology Research Centre (AMTEC). He received his Bachelor and Master degrees from Universiti Teknologi Malaysia, Malaysia and PhD from Imperial College London, United Kingdom.
Up to May 2017, he has supervised 22 PhD students and 18 Master students, with research interests in ceramic/polymeric membranes for energy generation, gas separation and water reclamation. He has published almost 80 articles in Scopus-indexed journals with h-index of 13. He has led 18 research/consultancy projects including recently received international grants Kurita Water and Environment Foundation and Nippon Sheet Glass Foundation for Materials Science and Engineering, besides co-researcher of another 50 projects, which in total worth RM16million (about USD4million). Through these projects, his research team has successfully developed a sustainable membranes for the treatment of various pollutants in water as well as an economical fuel cell for efficient electricity generation and has granted/filed at least 6 patents for these products. Some of the research products have also been recognized in the national and international level by winning several awards, for instance Asian Invention Excellence Award in 28th International Invention, Innovation & Tehnology Exhibition (ITEX’17), Best Invention Award in 18th Industrial Art and Technology Exhibition (INATEX2016), Jury Award in 17th Industrial Art and Technology Exhibition (INATEX2015), Most Distinguish Award in Persidangan Dan Eskpo Ciptaan Institusi Pengajian Tinggi Antarabangsa (PECIPTA) 2013, Double Gold Medal in British Invention Show (BIS) 2008 and Best of the Best Award in Malaysia Technology Expo (MTE) 2008.
Recently, he has received several recognition, such as Best Research Award and Indexed Journal Author Award in Citra Karisma UTM Quality Day 2017, finalist of 2017 Asia-Pacific Economy Cooporation (APEC) Science Prize for Innovation, Research and Education (ASPIRE Prize) and National Young Scientist Award 2016, two fellowship awards namely Short-Term Research Program in Japan (SRJP) and Short-term Visit Program in ASEAN (SVAS), which both awards were given by ASEAN University Network/Southeast Asia Engineering Education Development Network (AUN-SEED) and, Best Oral Presenter Award in UTM Research University Grant Colloquium 2016 which entitled him to receive a research grant worth RM20,000. He is also an active member of Young Scientist Network-Academy of Science Malaysia (YSN-ASM), a group of outstanding young scientists of Malaysian nationality with an age less than 40 years old and have the capability to contribute to strengthening the Malaysia scientific community. He was also selected as a member of prestigious Global Young Academy (GYA). In addition, he is the Lead Guest Editor for the International Journal of Polymer Science (ISI-indexed journal), Editor of Jurnal Teknologi (Scopus-indexed journal), Editor of Journal of Membrane Science and Research and also the reviewer for more than 10 referred journals.
He is actively involved with various committees at the national level, including the Secretary General of Malaysia Membrane Society (MyMembrane), the advisor of Regional Post-graduate Conference on Environmentally Sustainable Technology 2017 (RCET ’17), the chairman of the National Congress on Membrane Technology 2016, the district liaison officer of the Institute of Strategic Innovation Johor, steering committees National Science Challenge 2016 and the Carnival of Chemistry Johor 2015 and also the coordinator of the International Workshop on Nanocomposite Materials for Photocatalytic Degradation of Pollutants: Advanced Opportunities for New Applications 2015 and the International Conference on Membrane Science and Technology 2013.