Launch Event for the Climate Change booklet in Mauritius

After the NASAC communication event in Ethiopia in April where the Climate Change Policy Booklet was presented and discussed, the launch event for the publication took place in Mauritius from 4 to 5 July 2016. The event was funded by the InterAcademy Partnership (IAP) and the German Academy of Sciences (Leopoldina) in collaboration with the Network of African Science Academies (NASAC), the Academy of Science of South Africa (ASSAf) and Gender in Science, innovation, technology and engineering (GenderInSITE).

The meeting featured a wide range of participants: Policy makers, scientists and researchers, members of the national science academies of Africa and international organisations were invited, as well as representatives of the United Nations Environment Programme (UNEP).  Bringing them together at one table meant also bridging the gap between scientists and policy makers as a factor that usually hinders communication and fruitful discussion. The event thereby laid the basis for future collaboration of research and politics.

During the meeting the Climate Change Policy Booklet, a publication with recommendations on climate change from African scientists for African policy makers, was presented to over 60 representatives from science, politics and the civil sector. The objective of the event was not only to communicate the booklet’s key messages to the participants, but also to stimulate a fruitful discussion on the various aspects of the item.

Climate change, which especially threatens African countries, was addressed from different perspectives and under the application of different factors that were identified as important regarding the complex ecological and social phenomenon of climate change. In a presentation entitled “Applying the Youth Lense to Climate Change”, GYA member Shaheen Motala-Timol, chemist from Mauritius, integrated the perspective of young researchers into the debate. She also spoke about the role of the GYA for the promotion of science and as a global network of scientists, and highlighted the importance of science communication – especially with regard to climate change and its threats for the world’s societies.

The event on Mauritius was part of the project Strengthening the African Academies. 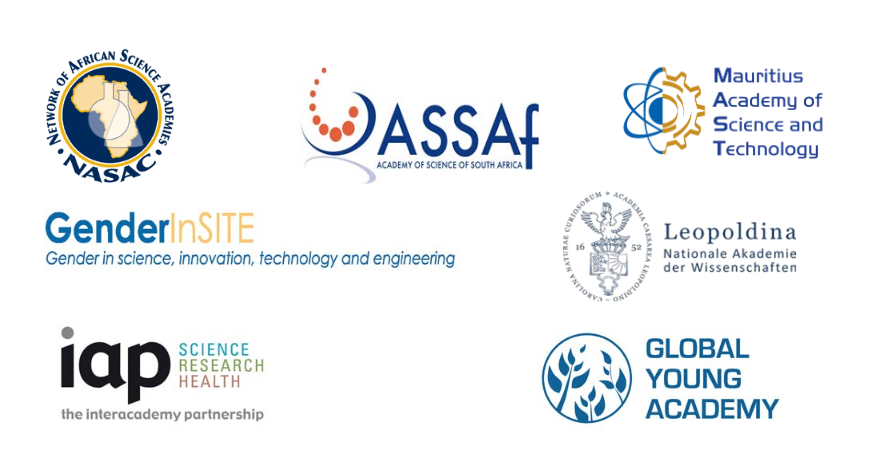