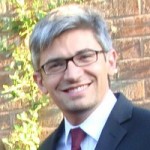 Antonio is Lecturer in Economics at the Department of Economics, School of Oriental and African Studies, University of London. He is also Research Fellow at the University of Cambridge, Department of Engineering, and principal investigator of the Techno-Manufacturing Systems, Industrial Dynamics and Policy research strand at the Centre for Science, Technology and Innovation Policy - Institute for Manufacturing and Research Fellow in Economic Analysis at the School of Economics, Management and Statistics, University of Bologna. He is co-founder and main coordinator of the Babbage Industrial Policy Network.

Antonio got a M.Sc. in Economics (Bologna) and a M.Phil. and Ph.D. in Development Economics (Cambridge) under the lead of Professor Ha-Joon Chang. Antonio’s current research aims to bridge and cross-fertilise economics and engineering in order to advance understanding of the complex structures, competences and interdependencies within modern technological, manufacturing and industrial systems. Particular emphasis is given to the implications for industrial policy design, monitoring and evaluation and to the political economy of manufacturing development. His research has appeared in journals such as the Cambridge Journal of Economics, Oxford Review of Economic Policy, Structural Change and Economic Dynamics, Revue d’ Economie Industrielle and Bancaria; also, in edited volumes published by Edward Elgar and Cambridge University Press; finally, he contributed to international organisations’ flagship reports on industrial competitiveness benchmarking, industrial dynamics and policy.

Antonio has been international consultant for UNIDO, UNDP OECD and ILO as well as for the UK Government Office for Science at the BIS Department and the German Development Agency, GIZ. For almost ten years, Antonio has also researched and worked on the development of inclusive financial techniques and production-oriented financial infrastructures. He authored two books on microfinance with the Bologna’s Editor Il Mulino. Antonio was also Visiting Fellow at the Vienna Institute for International Economic Studies - wiiw and the Institute for Advanced Sustainability Studies IASS in Potsdam. He is Life Member of Clare Hall, member of scientific committee of CRANEC, Catholic University of Milan and Luca d’Agliano Scholar. His research was awarded the XIV Guido Carli National Award and the XIX Fausto Vicarelli National Award by the Italian Economic Society. In 2014 Antonio was elected Member of the Global Young Academy.