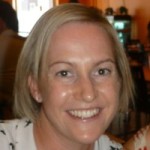 Anna received her BSc(Hons) majoring in genetics and biological anthropology, from University of Adelaide, Australia, in 2002. She received her PhD from Queensland University of Technology, Australia, in 2007, where she investigated the genetic factors of human facial variation and the molecular mechanisms of human skull development. Her research involved obtaining clinical material from children with the craniofacial abnormality craniosynostosis to identify tissue-specific gene expression profiles indicative of prematurely fusing bone, the process which underlies this developmental abnormality. This work resulted in an international patent for the treatment and diagnosis of bone pathologies.

After submitting her PhD, Anna volunteered in Uganda conducting health surveys in remote communities. This experience confirmed her desire to work on issues of global health and instigated a move to the MRC National Institute for Medical Research in London, UK, to train as an infectious disease immunologist and begin working on tuberculosis (TB). There her research focused on how vitamin D modulates the immune response during Mycobacterium tuberculosis (MTB) infection and how vitamin D supplementation during TB treatment enhances treatment response.

In 2012 Anna moved to University of Cape Town, as South Africa has the world’s highest rate of TB-HIV co-infection, with HIV-1 infection being the greatest risk factor for TB. There she investigated the effect of seasonal vitamin D deficiency in Cape Town on susceptibility to HIV-1 infection and embarked on a study to investigate at the interaction between three risk factors for TB which are highly prevalent in South Africa: vitamin D deficiency, diabetes and HIV-1 infection.

In 2018, Dr Coussens moved to WEHI to set-up up a clinical translational research program in TB-HIV. She maintains an Honorary position within the Wellcome Centre for Infectious Disease Research in Africa, at the University of Cape Town. Her particular focus is innate immunity and how macrophages, neutrophils and dendritic cells are dysregulated by known TB risk factors. Her research combines analysis of clinical samples to identify novel pathways of pathogenesis in humans, with in vitro models of TB and HIV-1 infection to determine the molecular mechanism underlying disease risk. This includes genetic and epigenetic changes in both the host and bacteria and how these impact the inflammatory response during infection.